How does iceskating work?

I was willing to understand a little bit better the physics behind iceskating.

From New Scientist (1964) (probably not the most up-to-date reference $\ddot \smile$), I found a diagram showing the relationship between both the static and kinetic coefficients of friction and the temperature (x-axis is reversed) for ice. 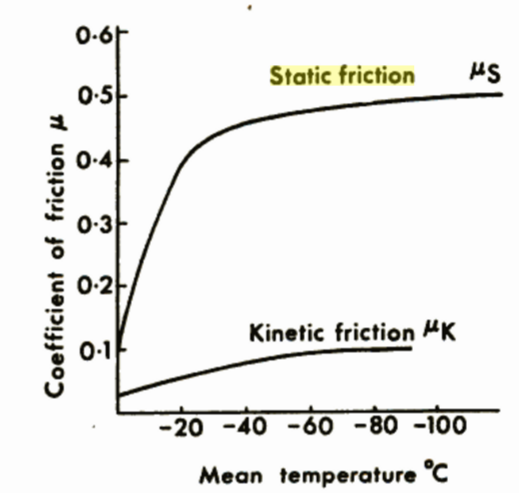 When we ice skate, we put a big pressure on the ice. As the ice is less dense than liquid water, this pressure may eventually be high enough to turn ice into liquid water. Intuitively I would think that high pressure would yield to high temperature but I suppose that this would hold true exclusively for gazes ($PV=nRT$). In any case, I don't quite have a good intuition for why warmer (or more pressurized eventually) ice would decrease the coefficient of friction of ice.

Calderon & Mohazzabi give an excellent summation of the various theories proposed through the years to explain why ice is so slippery in their 2018 paper "Premelting, Pressure Melting, and Regelation of ice revisited" in the Journal of Applied Mathematics and Physics.

They offer both theoretical and experimental evidence that neither pressure melting nor friction melting explain the phenomenon and conclude from atomic force microscopy, among other evidence, that there is a pre-melting Quasi-​Liquid surface layer with special properties that make ice skating possible.

There's a very nice—and fairly accessible—discussion of your third question in Nature Magazine's News and Views Section[1]. In this article, Bonn discusses the results of a fairly recent work that appeared in Physical Review X[2]. Bonn summarizes the key points as follows:

The idea that a thin film of meltwater wets the surface of ice has been accepted since the nineteenth century...[but]...Water is not a good lubricant, because its low viscosity means that it is easily squeezed out of gaps. The idea that a layer of water is sufficient to lubricate a skate on ice is therefore strange. It doesn’t even make intuitive sense, given that it is impossible to skate on a road or a kitchen floor with a layer of water on it...[The explanation thus seems to be that water and ice together]... form a viscoelastic, liquid–solid third body in response to friction and wear. (Emphasis mine)

My understanding of ice skating is that it has to do with the pressure of the skate, melting the ice and you skate on the melted water. Look at the phase diagram of the water. At 1 atm, the water is solid, but at higher pressures (keeping the temp. the same) the water changes to a liquid. 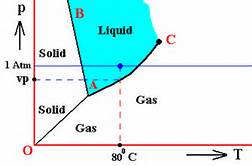 This question has more physics into it than chemistry but the ice melting to provide a slippery surface (and guess subsequently re-freeze) makes sense. We can also try asking someone to glide over dry-ice made out of carbon-dioxide instead of regular ice and see if there is any increase or decrease in the friction .

Alternatively we can try out an experiment using ice-cubes out of water and dry-ice and run it over a butter knife and apply some pressure to simulate a person skating on ice.

Not the answer you're looking for? Browse other questions tagged physical-chemistry kinetics phase temperature pressure or ask your own question.

13
What properties a compound should have to be called an "ice"?
0
At what point does decreasing solvent temperature cause a decrease in gas solubility?
2
Is it possible to have only liquid in a closed container?
6
How Would A Vast Mixture (Like an Ocean) of Ammonia-Water Behave in Terms of Evaporation and Freezing?
2
What happens when a super-critical fluid is compressed?