Synthesize the following compound using only toluene as the carbon source- 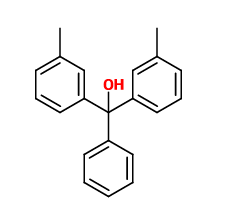 I have never done something like this before and I have no clue on how to start. I am even more confused by the fact that the top two phenyl groups are meta substituted despite having a methyl group which is suppose to be ortho and para directing.

From an answer below it states I need to use Friedel–Crafts acylation. However I am not entirely sure how to do this. This is my guess:

Convert toluene into benzoic acid using $\ce{KMnO4}$ and then react half of it with $\ce{SOCl2}$ to form $\ce{C6H5COCl}$. Then react that with the other half of the benzoic acid followed by Wolff–Kishner reduction to form the below molecule: 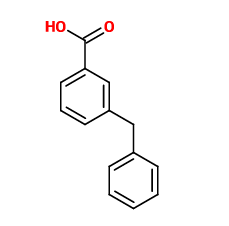 After this, I am not sure how to chlorinate it so that I do another acylation.

An alternative approach might be something like this. The tertiary alcohol product with two identical groups suggests that a Grignard reaction with an ester might be a useful step. 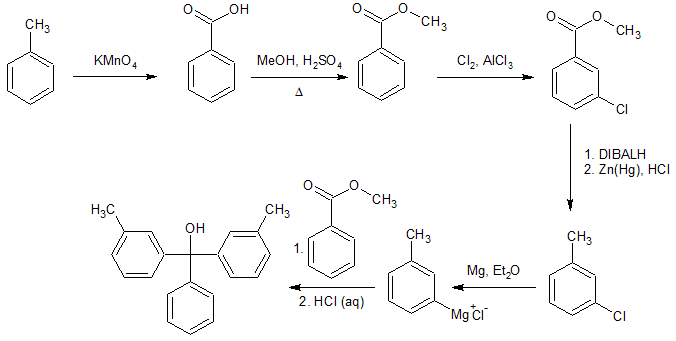 You'll obviously need meta-directors, so convert those methyl groups into a different function.

I'd start with a benzylic oxidation to get benzoic acid, and work some Friedels-Craft acylation magic.

Then you can reduce the resulting ketone and chlorinate, and go at an acylation again.

Finally a DIBAL and then Wolf-Kichner Reduction to get rid of your carbonyls.

Probably you need to flesh this out some.

26
Electrophilic Aromatic Substitution: Are protonated OH-groups ortho-/para- or meta-directing?
6
How to synthesize cyclopentane from cyclohexane?
2
How to synthesise 2-aminoethyl benzene
10
Does Friedel-Crafts reaction fail with benzoic acid?
6
Active methylene group nucleophilic substitution
5
Suggestion for a Synthesis of Paracetamol — plausible?
4
How to control the Friedel–Crafts alkylation reaction to methylbenzene as the major product?
0
Reaction of orthocresol with butyrolactone in presence of AlCl3 and heat