In the 3,4-dihydropyran shown below will the oxygen or the pi electrons of the double bond attack the hydrogen cation during hydrolysis and why? 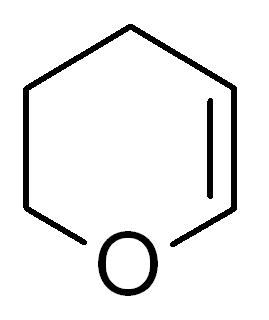 The functional group in question is a vinyl ether, and it is a mistake to consider these groups as isolated. The oxygen is in conjugation with the vinyl group, meaning that resonance favors the entire system attacking. There is no way to leverage conjugation as an energetic driving force if the oxygen attacks by itself. 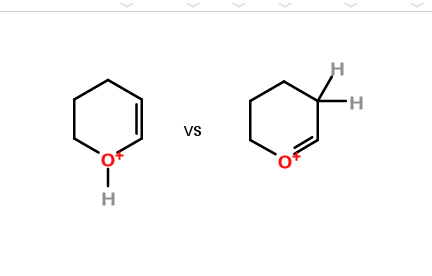 Not the answer you're looking for? Browse other questions tagged organic-chemistry reaction-mechanism hydrolysis or ask your own question.

0
Reaction of enols with electrophiles

1
Acid catalyzed hydrolysis of ester
0
Reaction of enols with electrophiles
0
Electric Attraction Vs Resonance Energy in Electrophilic Aromatic Substitution Reaction
5
Why doesn't the bromide anion attack during electrophilic addition of bromine in methanol solvent?
1
Why does Oxygen act as Nucleophile over here?
0
What is the major product of the reaction between 4-chlorobut-1-ene?
10
Why does a proton prefer to attack a double bond instead of protonating an alcohol in a reaction of unsaturated alcohol with sulphuric acid?