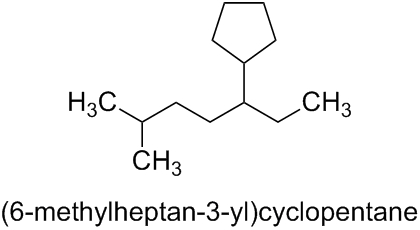 2
How do I decide the parent chain of an organic compound that has a ring as well as a side chain while naming the compound?
9
Nomenclature of organic compounds containing complex side chains
1
What is the correct name for 2,4-diethyl-4-ethoxyhexane?
3
Naming a hexasubstituted benzene ring
4
Choosing Parent Chain, Complexity of Side Chains
0
Naming of a dispiroalkane compound
1
Nomenclature of aldehydes with double bonds and stereoisomerism
11
IUPAC naming for a ring system containing different ring structures