Does (chloromethoxy)ethane react in a bimolecular or monomolecular mechanism?

Which one of the mechanisms is dominant?

Probably both mechanisms can happen and it would require experimental data from reaction kinetics and computational calculations to determine which one of the mechanism is domintant. 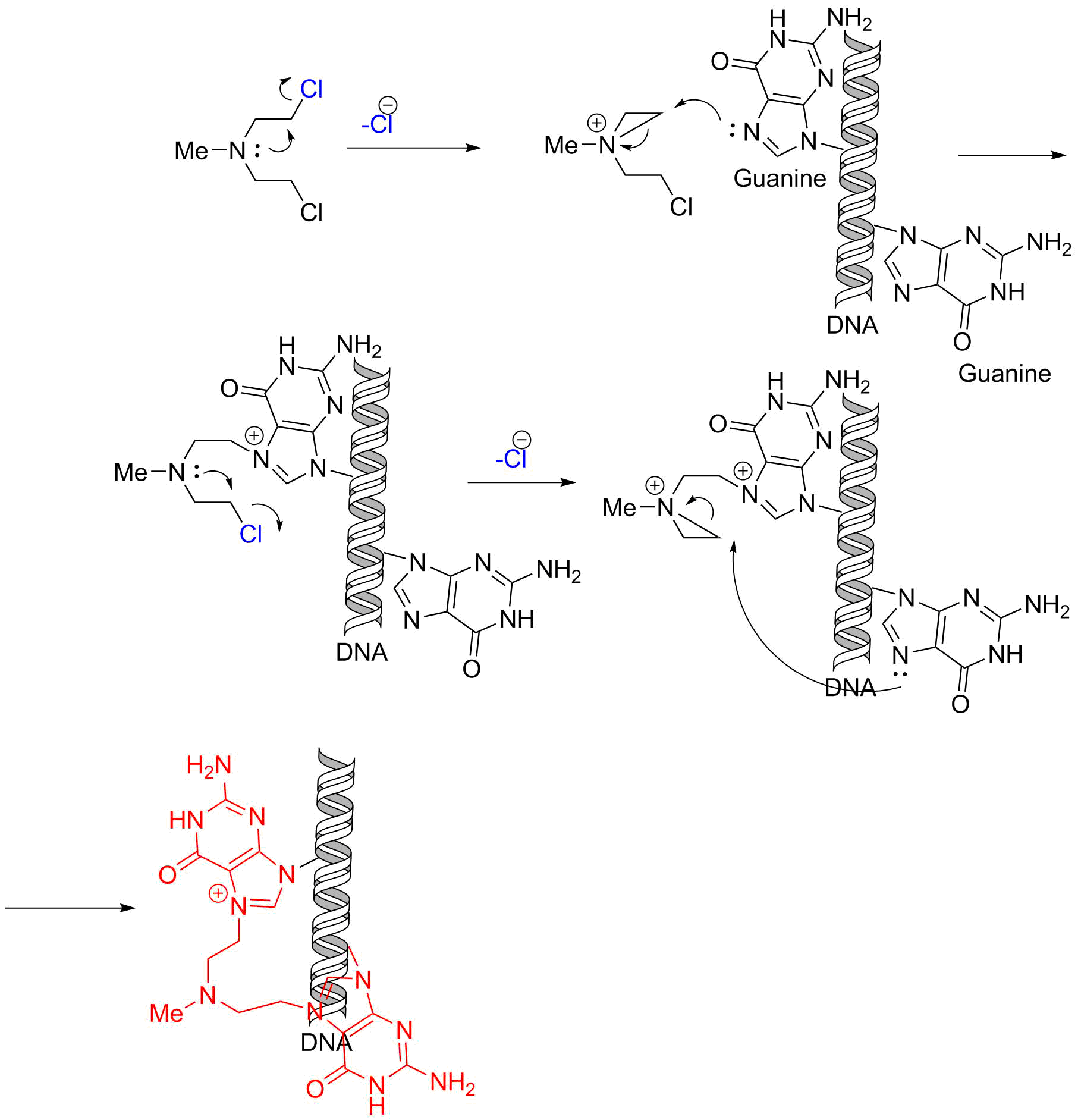 Effect of chloromethine is based on its ability to block DNA replication by alkylating guanine, and after the war it has been also used as cancer drug.

Not the answer you're looking for? Browse other questions tagged organic-chemistry reaction-mechanism halides reaction-control or ask your own question.

33
Why does cyclopropane react with bromine?
7
How does SO2Cl2 react with alcohols?
3
Competition between substitution and elimination (uni- or bimolecular)
4
By which mechanism would azide react with alcohols or alkyl halides?
0
Free radical substitution - bromination of ethane
2
Does Finkelstein's reaction proceed through an SN2 mechanism?
6
Why can't primary alcohols react with sodium bromide via an SN2 mechanism?
3
How does haloform reaction take place if the reactants NaOH and X2 react with each other?
4
Stereospecificity of the bimolecular electrophilic substitution reaction
1
Mechanism of Halogenation of Alkene