Fractional distillation of a product differs from the components listed in the SDS. What am I doing wrong?

I recently bought a product called Prestone De-Icer for Windows and Wipers which claimed to contain Methanol. I was puzzled when using it to note that it did not smell much like Methanol so I looked up the SDS for the product which stated that it contained 50-100% Methanol, 1-10% Ethylene Glycol & 1-5% Carbon Dioxide.

Out of curiosity I decided to carry out a fractional distillation to see just what the constituents were and was puzzled to see the thermometer shoot up through the Methanol BP at 66C mark without stopping and the first stop was about 76C which would suggest Carbon Tetrachloride. It then stopped at about the 79C mark which would indicate Ethanol and then carried on up to about 98C which would suggest Heptane.

So my question is this - Is there something wrong with my methodology or interpretation of what I am seeing or is it possible that the manufacturer is in error in the SDS. The latter would be very serious if true since the SDS would be the resource used should it be suspected that someone has been poisoned by the product.

My instinct is to suspect that I am doing something wrong but for the life of me I can't see what it could be. The thermometers I have used ( three in all ) are calibrated to 0.1 degree and were one mercury, one alcohol and one digital and all agreed to within 0.4C max deviation.

I should point out that I am not a professional chemist, just an amateur who has taken the hobby up in retirement so I am quite prepared to be told that I have got it wrong. It's all part of learning in my opinion.

I am including a photo of the setup I am using to do the separation. The Vigreaux column is actually wrapped in aluminium foil. 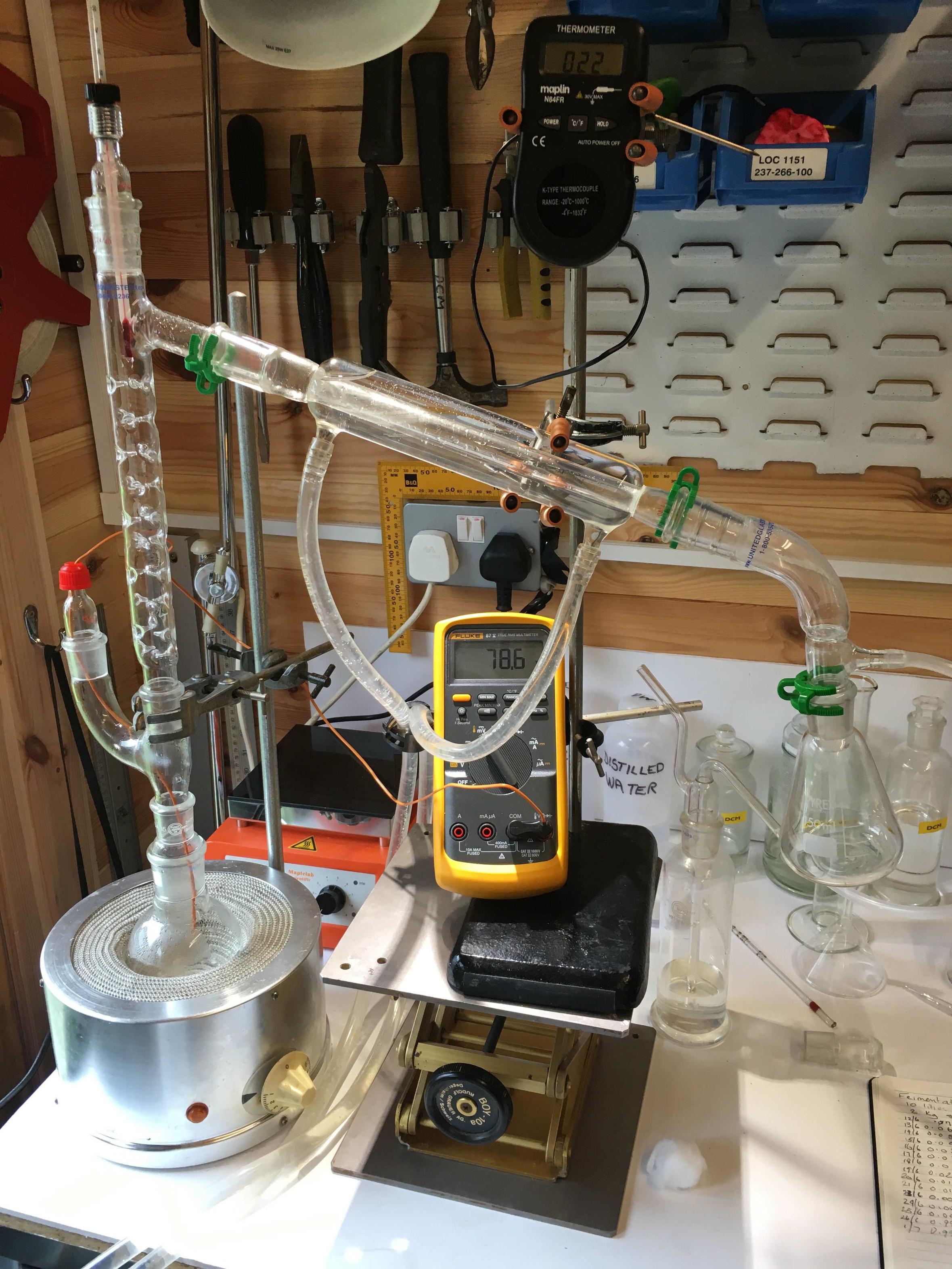 Best Answer is this: Your observations are consistent with the SDS for the reasons below.

A couple of issues see below.

Hope that helps! I suggest you purchase Handbook of Laboratory Distillation, it is the fundamental text for distillation in theory and practice, the price is well worth it.

In conclusion your observations could be explained by: azeotrope formation, incorrect SDS, formation of dimethoxyethane, and incorrect set up.

Not the answer you're looking for? Browse other questions tagged distillation or ask your own question.