What are the bubbles and crystals found in sodium acetate hot packs after use and storage in the solid form?

When sodium acetate trihydrate hot packs are regenerated soon after activation, they regenerate to a clear liquid upon boiling (typically with an air bubble that was not present in the new pack)

On the other hand, when activated hot packs are stored in the crystallized form for a while, regeneration by boiling in water yields a mixture of clear liquid and very thin clear glossy plate-like crystals almost like mica sheets, plus large air (gas) pockets.

I suspect that the bubbles arise due to diffusion of room air through the flexible plastic envelope of the pad. When a new pad is activated and sodium acetate trihydrate crystals form, small gas spaces are left between the crystals which are necessarily filled only with water or acetic acid vapors which have low vapor pressure at room temperature. The low gas pressure in between the crystals (I estimate < 3 kPa) would create a large driving force for gas diffusion through the polymer envelope.

I'm looking for a reality check on these speculations, ideas on how to find out what the crystals are (ideally without needing sophisticated lab equipment), and advice for restoring hot packs containing these flat crystals to the initial clear liquid state. Photos below. Many thanks! 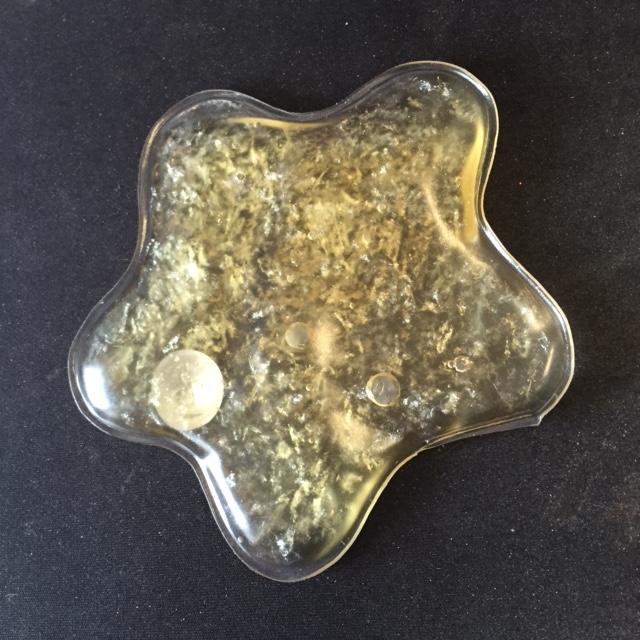 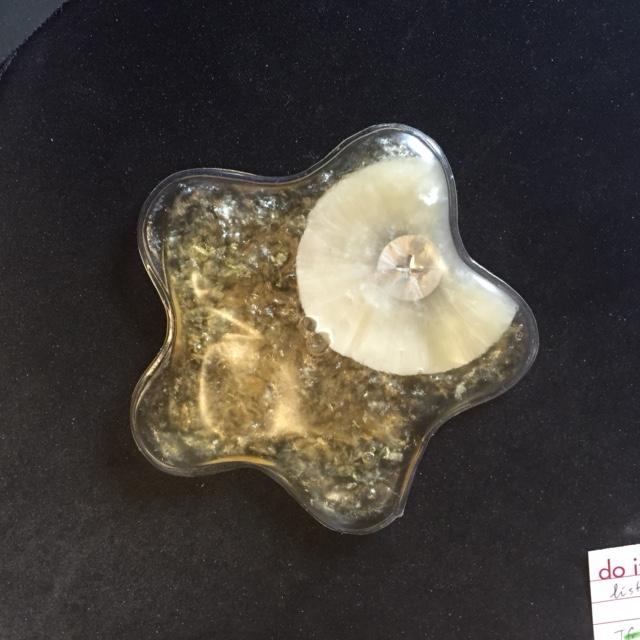 Browse other questions tagged thermodynamics crystal-structure polymers or ask your own question.

1
Is it possible to form bubbles of ionized hydrogen and ionized oxygen under the right pressure/temperature conditions during electrolysis of water?
6
What is the difference between an amorphous solid and glass?
0
What are unit cells, and how do you determine the number of atoms in one of them?
2
What is the crystal structure of Calcium Acetate?
1
What are D_b and D_a in the Generalized Fugacity Coefficients table?