What is the Series Limit in a Spectral line

What is exactly the series limit in a spectral line graph? Do we talk about series limits for each series (Eg: Lyman series in Hydrogen) or collectively for an atom?

Is series limit the transition having least energy or least wavelength?

Every series of wavelengths produced from the hydrogen atom excitations have a certain minimum limit. These minimum wavelengths are called the series-limit for that particular series. Take a look at this picture for example:

The minimum series of the Lyman series would be for the largest transition, which is from ∞$\ce{ -> }$1. Plugging the values into the Rydberg's equation:

That should give us a value of 91nm. Which is the series-limit for the Lyman series.

Now you can find series-limits for the other series as well.

Yes, series limit is for all series . A separate value of series limit is given for each series, such as the Lyman, Paschen, Brackett, Pfund and Humphrey series. Hope my notes will help you. 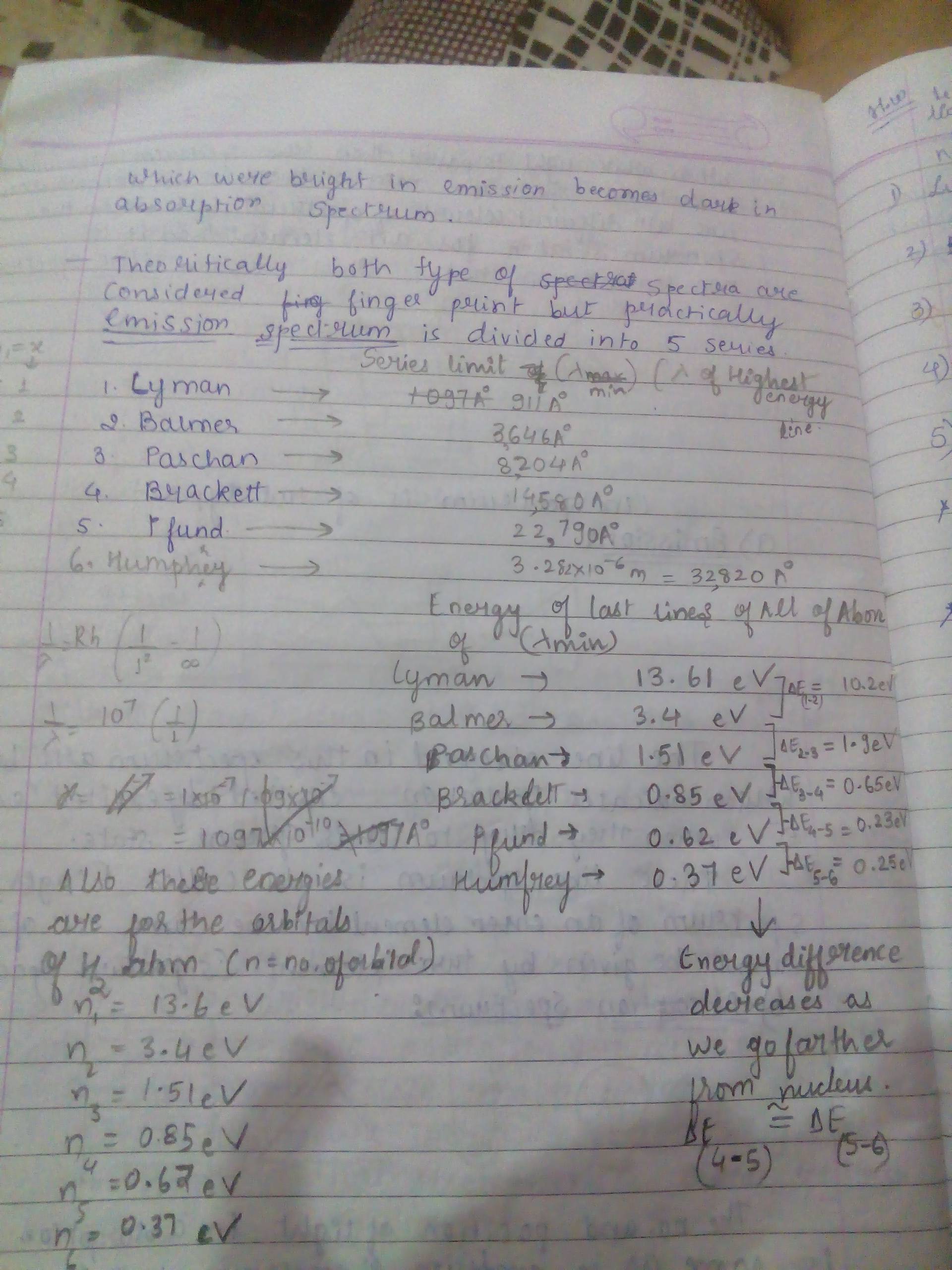 1
How to interpret a luminescence intensity vs wavelength graph?

33
Is there an energy cost associated with flipping the spin of an electron?
3
Specific Heat of Water Solution
10
Hosoya Z Index and Correlation with Boiling Point
6
Free energy and kinetic energy for reacting gases
6
Just how quantized are energy levels?
1
How to calculate atomic number of an atom when wavelength is known?
1
What is the maximum number of emission lines when the excited electron of a H atom in n = 6 drops to ground state?