What kind of bonds can form between benzene and transition metals in π-complexes?

I'm trying to draw the six π-orbitals (3 bonding, which are filled, and 3 anti-bonding) of a benzene ring when it complexes with metal d-orbitals and which metal orbitals have the correct symmetry ($\sigma$, π, $\delta$) to overlap with each of them. I know that metal orbitals will only form a bonding interaction with ligand orbitals if they have matching symmetry but I am not sure which ones will interact.

In theory benzene and a transition metal could form σ, π, δ, and even φ bonds as the symmetry allows this.

Here are the orbitals of benzene, calculated at the PBE0/def2-TZVPP level of theory in the D6h point group with Gamess. 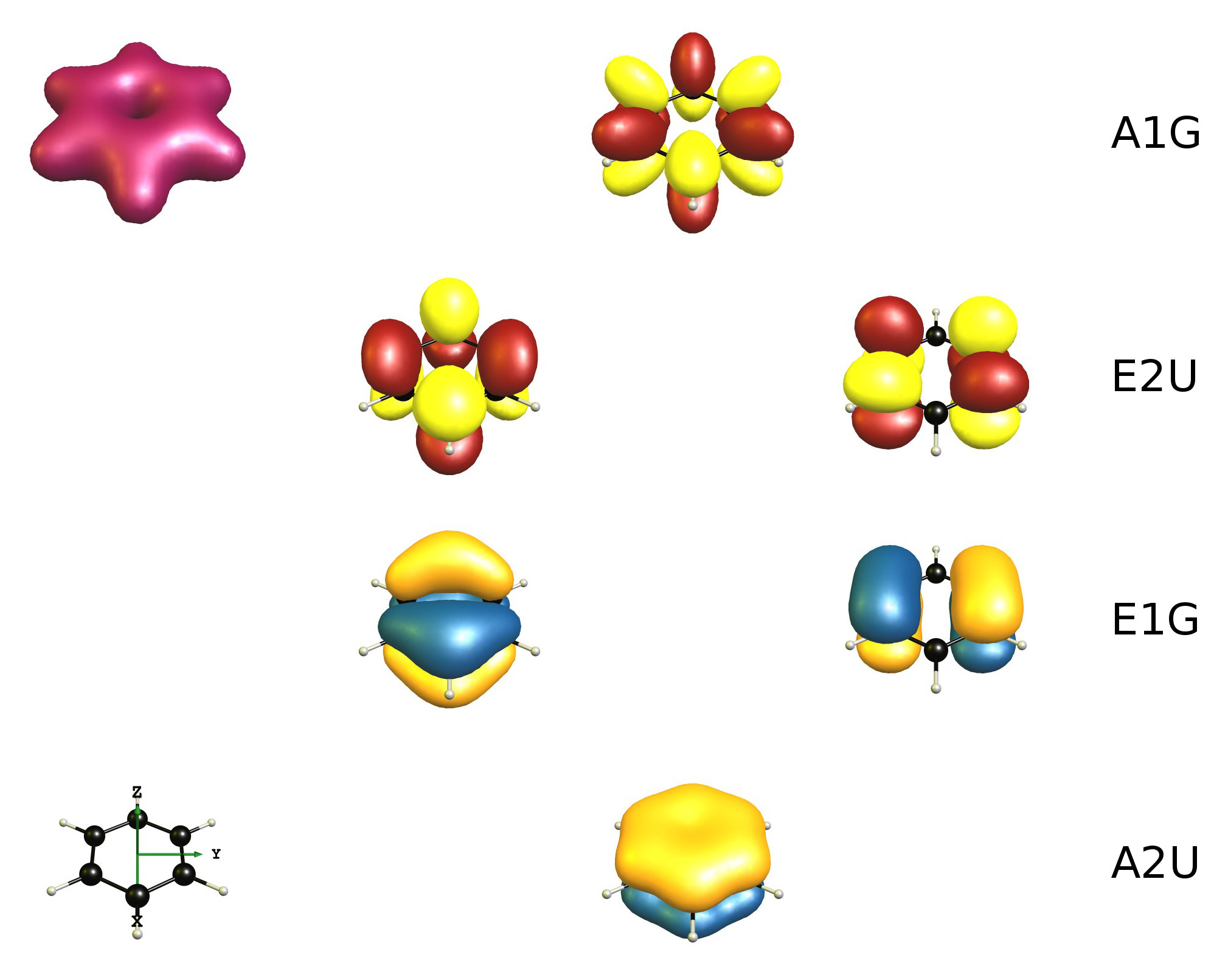 The (valence) orbitals of chromium on the same level of theory in the same point group are as follows:

The linear combination of these orbitals would yield orbitals that have the above mentioned bond symmetries. We will ignore for now that they will most likely not occupied in a complex like bis(benzene)chromium.

If we look at f-orbitals (that is of course not very feasible for chromium), we could construct another bond type:

Of course which of these bonds will form or not depends on the metal in question, the occupation of the orbitals and more. After all, there are also p orbitals which can overlap to form σ and π bonds.

Not the answer you're looking for? Browse other questions tagged inorganic-chemistry bond orbitals organometallic-compounds symmetry or ask your own question.

35
What would follow in the series sigma, pi and delta bonds?

6
Why HF is said to be formed from H-1s and F-2pz overlap?
3
How do I determine the number and order of ligand orbitals?
9
In an octahedral complex, what happens to the electrons donated by the ligand?
3
Explaining why s and p orbitals do not interact
0
What is the binding mode of the ligand in complexes with quadruple metal-metal bonds?
4
MO diagram when three orbitals of the same symmetry is allowed to mix