Can carbon and titanium form an ionic bond?

Can carbon and titanium form an ionic bond because they both have four valence electrons? If titanium transfers four electrons to carbon, we get $\ce{Ti^4+}$ and $\ce{C^4-}$ which both have noble gas configurations.

This is a space filling model of titanium carbide: 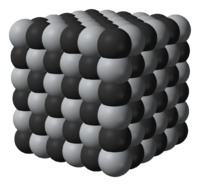 Here is sodium chloride for a crystal comparison (click the image for a larger version): 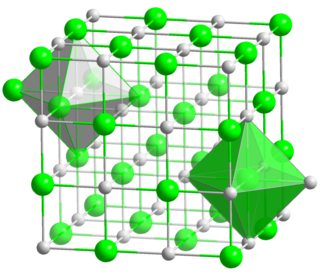 The second model (the $\ce{NaCl}$) shows the ionic bonds as covalent bonds but still, both titanium carbide and sodium chloride have a cubic lattice structure.

However, carbon does not often form ionic bonds with metals since it prefers to be covalent (much like oxygen). In fact carbon has much more covalent character than oxygen does which is why oxides form easily (just $\ce{O2 + element}$ and usually, oxides will form) but carbides don't (a catalyst is needed to form carbides and some oxides like gold oxide).

Not the answer you're looking for? Browse other questions tagged inorganic-chemistry bond ionic-compounds or ask your own question.

0
Carbon compounds with no covalent bonds