The nomenclature of mineral acids

My basic knowledge about nomenclature is: A mineral acid is called hypo when it has one less oxygen than the original one,

I was taught in my class that this structure: 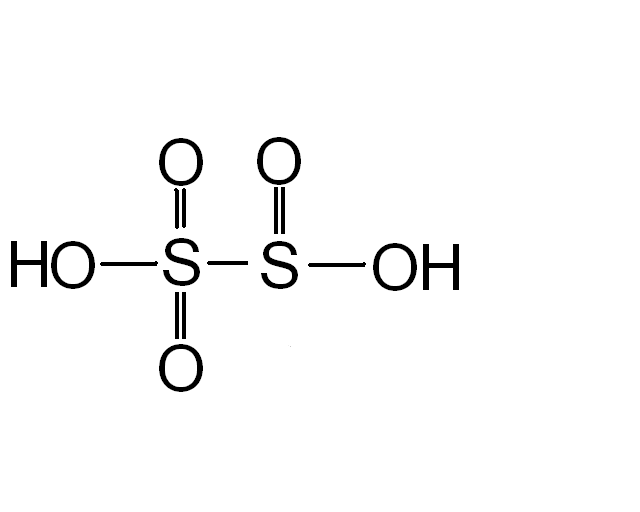 is correct because when we are drawing structures of a hypo-,per-,meta- or pyro- oxyacid, one must try to maximise the covalency.

Why is that so?

Then shouldn't the structure of pyrosulfurous acid be like this: 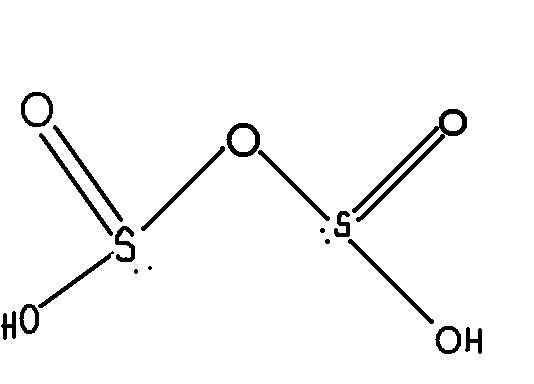 Why is the structure not similar to pyrophosphoric acid? 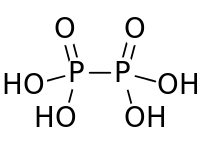 I might lack some information about it or maybe I've understood the concept wrong. Please help.

The English names are not very systematic, they just give hints. In principle you have to either memorize the name-structure correspondence, or know "all" acids of sulfur, so based on the name you can guess what the structure it corresponds to.

In addition, the hypo having one oxygen less is just a shortcut. What the names refer to is the oxidation state of central atom from lowest to highest. Broadest range of acids are for chlorine: hypchlorous - chlorous - chloric - perchloric.

Answer 1: Please refer to the Wikipedia page on sulphur oxo-acids . The $\ce{H2S2O5}$ acid drawn is hypothetical one, but it's fine to have a name for it. Note, that sulfur is in low oxidation state. In the pyrophosphoric acid, the phosphorus is in high oxidation state and has extra oxygen in between them.

For the summary formula $\ce{H2S2O3}$ you try to mix these properties, putting "extra" oxygen between sulfurs in low oxidation state. This won't work. The acid you should get when you attempt to obtain this one will be the thiosulfuric acid, where one sulfur mimics oxygen as $\ce{S^2-}$.

Answer 2: Chemistry of phosphorus is distinctly different from sulfur. Phosphoric acid and Phosphorus acid for the acids with one phosphorus atom.
Your formula $\ce{(H3PO3)_{$n$}}$ with $n=2$ is not really justified, the name corresponds just to the formula on hypophosphoric acid.

Answer 1 - Covalency is maximized in any molecule formation because bonding electron pair is considered to be in noble state while lone pair always distorts the symmetry or it causes strain in molecular structure.

Answer 2 - Often we use hypo-, per-, etc. to show various oxidation state of the central atom. Well in your case, in hypo-, one $\ce{-OH}$ is removed.Or you can say that there is one less oxygen than the -ite.

For clarification in nomenclature you can see the IUPAC 1971 pdf.

Then shouldn't the structure of Pyrosulfurous acid be something like:

Furthermore, in NOMENCLATURE OF INORGANIC CHEMISTRY IUPAC Recommendations 2005 at page 130 it is stated

is the acceptable name but adds the footnote:

This common name presents a problem because the unsymmetrical structure is not the structure which would otherwise be associated with the ‘diacid’ construction (disulfurous acid would systematically be $\ce{[HO(O)SOS(O)OH]}$). The use of an additive name eliminates this potential confusion, but the problem with the use of disulfurous acid as a parent name persists in the naming of organic derivatives.

39
What do the prefixes meta, ortho, pyro mean in inorganic chemistry?
9
What is the use of "pyro" in the naming of organic compound?
3
Is there a systematic way of remembering the names and formula of Oxoacids of Phosphorus?
-3
Why is H5PO5 not called as phosphoric acid?

2
How can one find products when one knows the reagents?
0
Why does an acid exist when dissolved in water?
39
What do the prefixes meta, ortho, pyro mean in inorganic chemistry?
9
What is the use of "pyro" in the naming of organic compound?
0
Why do we use different arguments for determining the strength of hydracids and solubility of ionic compounds?