How can I find the parent chains in these two compounds?

We recently started organic chemistry in school and I decided to make a computer program that names the compounds, so far it works with alkanes that do not have branched branches and I want to make it work with compounds with double and triple bonds. I know that if there is only one double/triple bond, the answer is just the same rules as with alkanes, but it must include the 2 atoms that are bonded in that way. Also, I would appreciate it if you tell me how I decide from which side to number them. 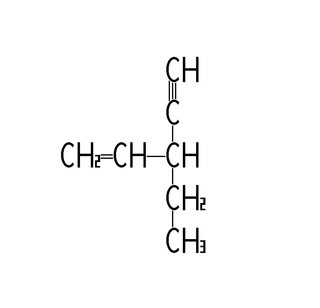 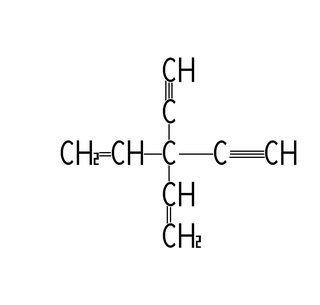 According to the current version of Nomenclature of Organic Chemistry – IUPAC Recommendations and Preferred Names 2013 (Blue Book), the first relevant criterion to be considered in choosing a principal chain is the length of the chain.

When there is a choice for the principal chain, the following criteria are applied, in the order listed, until a decision is reached:

With regard to numbering of locants within the same compound class, multiple bonds have seniority over simple substituent groups (e.g. methyl, ethyl, etc.) that are used for naming of branched alkanes. When there is a choice for the locants of multiple bonds, low locants are given first to double bonds:

P-31.1.1.1 The presence of one or more double or triple bonds in an otherwise saturated parent hydride (…) is denoted by changing the ending ‘ane’ of the name of a saturated parent hydride to ‘ene’ or ‘yne’. Locants as low as possible are given to multiple bonds as a set, even though this may at times give ‘yne’ endings lower locants than ‘ene’ endings. If a choice remains, preference for low locants is given to the double bonds. In names, the ending ‘ene’ always precedes ‘yne’, with elision of the final letter ‘e’ in ‘ene’. Only the lower locant for a multiple bond is cited, except when the numerical difference between the two locants is greater than one, in which case the higher locant is enclosed in parentheses.
(…)

Therefore, the preferred IUPAC names (PINs) for the examples given in the question are 3-ethylpent-1-en-4-yne and 3,3-diethynylpenta-1,4-diene, respectively.

Not the answer you're looking for? Browse other questions tagged organic-chemistry nomenclature hydrocarbons or ask your own question.

14
Does a double bond or a triple bond have a higher priority in nomenclature?
11
Longest chain IUPAC rule
-4
IUPAC nomenclature for many multiple bonds in an organic compound molecule

25
Why do branched chain compounds have lower boiling points than the corresponding straight chain isomers?
5
CO poisoning - What I've been taught is a hoax?
9
Nomenclature of organic compounds containing complex side chains
6
Preferred IUPAC names for branched unsaturated hydrocarbons (polyenes)?
5
How to select the parent chain in mechlorethamine?
2
How to identify the parent chain if two chains have the same number of skeletal atoms and the same number of double bonds?
3
Two possible chains - isopropyl or ethyl and methyl?
6
What are the preferred IUPAC names of these two compounds?
4
Choosing Parent Chain, Complexity of Side Chains