Why is H bonded to C5 drawn below the plane in Haworth formula for D-glucose?

I have always seen the hydrogen atom bonded to C5 drawn below the plane as in the following figure. Shouldn't it be drawn above the plane since it is drawn on left side in Fischer projection? 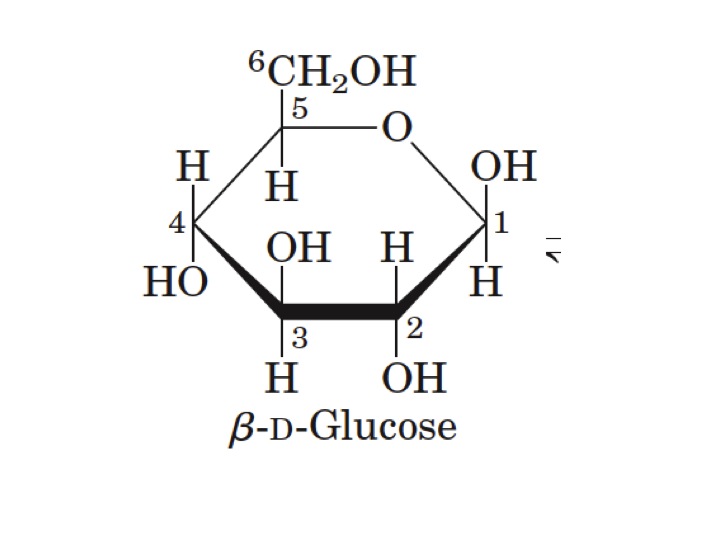 The Haworth projection depicts the pyranose (or furanose, as the case may be) as a planar ring. The Fischer projection depicts the open chain carbohydrate with the carbon backbone in a single plane. Importantly, the groups on the horizontal bonds are coming out of the plane and the vertical bonds are going into the plane. The result of this is that the carbon backbone is curving toward itself, and the compound is partially poised to close a ring. However, the ring of the pyranose is not all carbon. In glucose, it's the oxygen at C5 that adds to the aldehyde to close the ring. We can manipulate the Fischer projection so that this oxygen at C5 is coplanar with the rest of the atoms that will make up the ring. Rotating around the C4-C5 bond places this oxygen on the Fischer projection's vertical axis. The Haworth projection is essentially a closed version of the Fischer projection tipped on its side with C1 at the right. Forming the hemi-acetal gives the pyranose form of glucose.

The reorientation of a Fischer projection to a Haworth projection is explained in Subsection P-102.3.4.1.2 of Nomenclature of Organic Chemistry – IUPAC Recommendations and Preferred Names 2013 (Blue Book) as follows. The relevant step that affects the orientation of the hydrogen atom at the carbon atom C-5 is the turn (c) that places the oxygen atom in the ring. 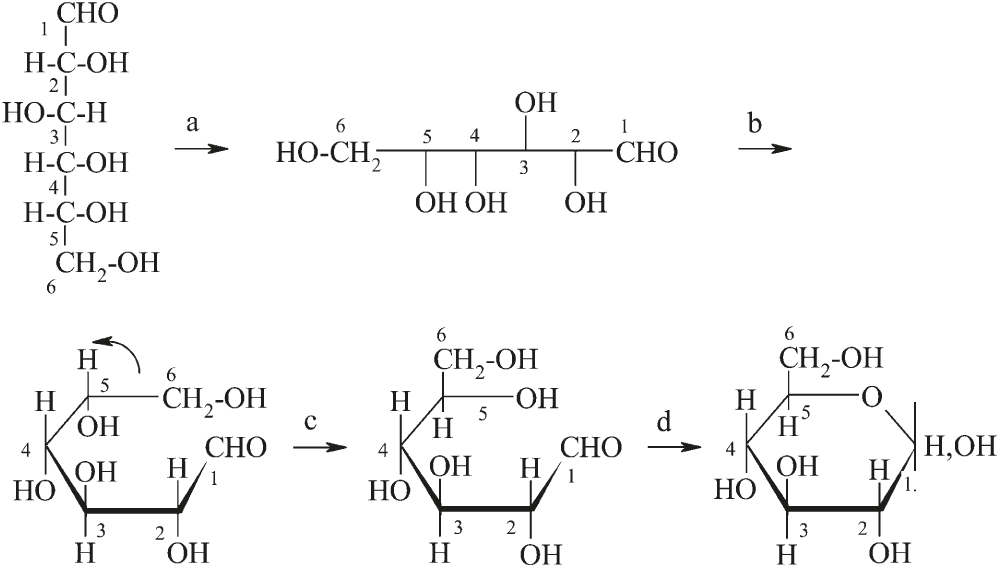 (…)
Two reorientations are necessary from the standard Fischer projection to prepare the acetalisation or ketalisation procedure: the first reorientation, step (a), consists in placing the nonterminal hydroxy groups vertically; the second one: step (c) is the reorientation of carbon C-5 to place the oxygen atom in the plane of the ring. (…)

Not the answer you're looking for? Browse other questions tagged stereochemistry structural-formula carbohydrates or ask your own question.

2
Fischer to Haworth projection: which carbon connects to the oxygen?

5
D/L Configuration
1
How is this sugar classified as an aldose?
5
Determination of (R) and (S) configurations from a Haworth projection
2
How to draw Fischer projections for carbon chain having more than two carbons?
1
Where does the additional hydrogen in the Fischer depictions of glucopyranose come from?
0
Fischer projections
2
What is the most stable conformation (Newman Projection) of CF3CH3?
1
Nomenclature of carbohydrates