While studying lactones I read that usually gamma and delta lactones are formed. Why aren't beta lactones formed. The first thought that came into my mind was angle strain. But then I thought of epoxides which have more angle strain and still are more stable. Please help. 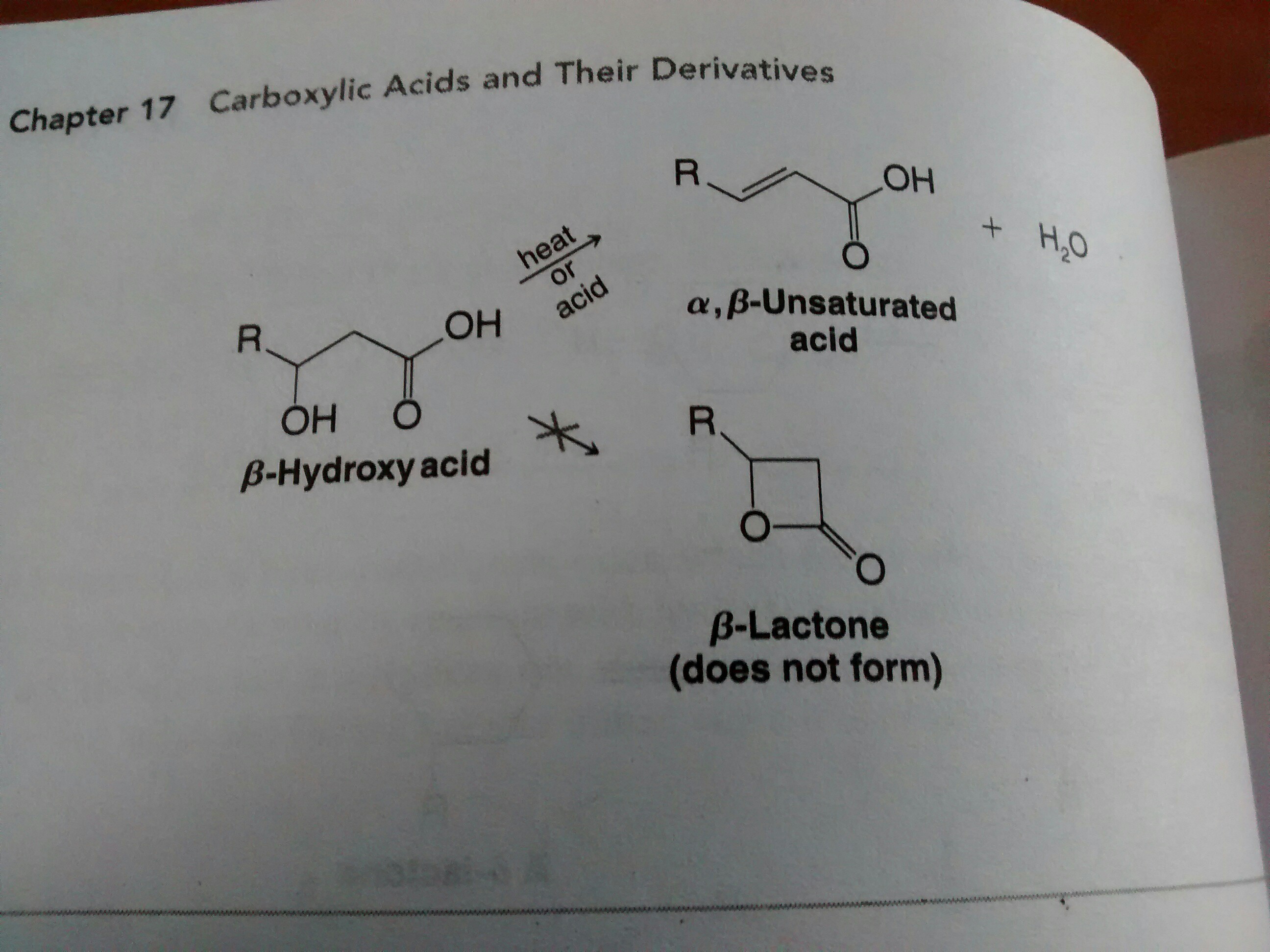 Now similarly in the above reaction why isn't beta lactone formed?

It is all about angle strain. You may have heard about the Baeyer strain that consideres six-membered rings to be unstrained and all smaller ring sizes to have angle strain, getting more as the ring gets smaller. This is also relevant for the creation of rings — such as but not limited to lactones — five- and six-membered rings are kinetically possible, smaller rings are generally not formed by intramolecular substitution reactions. (Note the emphasis, of course the synthesis of smaller rings is possible due to other mechanisms, such as in the Prilezhaev reaction to synthesise epoxides.)

You also seem to have an incorrect assumption about the stability of epoxides. Epoxides are generally not stable with respect to nucleophilic subsitution. In fact, the Baeyer strain is so high that epoxides are commonly taught as the only aliphatic oxygen that can be displaced in an $\mathrm{S_N2}$ reaction to give the alcoholate anion and which does not need to be protonated first.

51
Regioselectivity of acid-catalyzed ring-opening of epoxides
8
How to rationalise the major product formed in a nucleophile promoted epoxide cleavage reaction?
13
Are carbocations necessarily sp2 hybridized and trigonal planar?
0
Feasibility of Electrophilic attack on the Nitrogen over the Phenyl ring of Aniline
1
Can anyone please help me how do you determine kinetically the fastest product of sulphonation of $\beta$ napthol?
7
Does a reaction proceed through SN1 if rearrangement results in a stable carbocation?