What are point groups and the benefits of using them?

I have heard vague information about point groups and symmetry before but I am unsure how they actually help me predicting physical properties of molecules. How do I assign point groups and what good does it do me?

Please answer at a low level.

Point groups are a very valuable tool for analysing molecules without knowing much about them. They rely on analysing a molecule’s symmetry and deducing both physical parameters and the shape of molecular orbitals from the information gathered. The downside is that one must know a molecule’s geometry before one can apply group theory to it, but for most molecules the geometry is known anyway.

Picture a molecule, for example ammonia $\ce{NH3}$. Remember that it has a trigonal pyramidal shape with $\angle(\ce{H-N-H}) \approx 107^\circ$ Consider all atoms of the same type (only applicable to hydrogen here) identical. Look at this molecule naively and think what kind of symmetry it has.

One of the easiest symmetry elements that you can find is probably a mirror plane that transects the molecule along one $\ce{N-H}$ bond and places the image of the second hydrogen onto the third hydrogen. They are shown in figure two by the blue-ish ovals. A plane of symmetry is typically called $\sigma$. 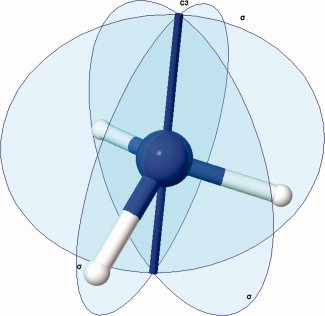 Figure 2: Planes of symmetry in ammonia (image taken from Researchgate)

You may also see, that if you stick an axis into the nitrogen atom through its lone pair (the thick, blue axis in figure 2), you can rotate the molecule $120^\circ$ around this axis and it will again look the same. Three rotations along this axis make $360^\circ$, so due to some formalism (which is really helpful if you think about it), the rotation is called $C_3$.

All we have gotten so far is a simple set of symmetry operations but they don’t help much. We need to put them together. We can define the connection of two symmetry operations by saying ‘we’ll perform one first, the other after it’; since neither change the molecule the final molecule will remain unchanged. Now to prove that the symmetry elements present in a molecule constitute a mathematical group, we need to prove the group axioms:

The good thing is that if we didn’t identify all the possible operations initially, we can use the connection $\circ$ to indentify the ones we missed.

Now because there is only a certain number of inherently different groups around, they have been given names for easier identification. Our ammonia example would be the point group $\bf\it C_\mathrm{3v}$. $C$, because we have a rotation axis, $_3$ because rotation is $\frac{1}{3}$ of the full circle and $_\mathrm{v}$ because the planes of symmetry are vertical to the rotation axis (rather than horizontal).

(Naming point groups is rather simple. Find the most important axis — the rotation with the highest index. If that is the only rotation, it is a $C$ group. If there are rotations perpendicular to that one, the group is called $D$. If there is an improper rotation, it is labelled $S$. The highest index of rotation is also the group’s index. $_\mathrm{v}, _\mathrm{h}$ and $_\mathrm{d}$ denote planes of symmetry vertical, horizontal or diagonal to this axis. Finally, $C_s$ is the group that contains only one plane of symmetry, $C_i$ contins only the inversion and finally, tetrahedra ($T_\mathrm{d}$), octahedra ($O_\mathrm{h}$) and icosahedra ($I_\mathrm{h}$) have their own names due to their high symmetry.)

Part of the beauty of point groups is already apparant here. If we know what symmetry operations transform the atoms onto each other, this must also be true for some physical properties — those that can be expressed as vectors. Most notably, a dipole moment must transform onto itself during any symmetry operation, so ammonia’s dipole moment must be along the rotation axis. Molecules that display inversion symmetry cannot be a dipole. Molecules can only be chiral (but are always chiral) if their point groups do not contain inversion, planes of symmetry or improper rotation (a rotation followed by a mirror image perpendicular to the rotation axis). There are more examples, but these are probably the most important.

You can google character tables to find lists of them, and thereby also which point groups actually exist.

Point groups are even more powerful than shown here; but I tried to keep the application parts low-level. There are a number of questions here on Stack Exchange tagged group-theory that go more into depth.

23
Chirality of symmetrically substituted biphenyl
3
Are there different types of symmetry?
2
How can I understand the Lewis acid-base interaction of iron(III) and water?
2
Is the given stereoisomer of 1,2-dimethylcyclobutane chiral?
4
What do positive, negative and zero overlap of atomic orbitals mean?
1
How should I construct the orbitals of dilithium using only pen and paper?

11
How does one recognized Td/Oh symmetry in molecules?
17
Why do we need the identity operator, E
9
How do I show that a transition is magnetic dipole allowed with group theory/symmetry?
11
Irreducible representations and system states connection
3
Are there any descent symmetry tables for character tables of linear structures?
5
Vibronic coupling: How do I determine the new point group after vibration?
1
Example of an achiral molecule without a plane of symmetry or inversion center?
3
How do we find the SALCs?