What is the mechanism of the Clemmensen reduction?

I have learned that we can reduce a ketone to an alkane using the Clemmensen reduction, where we treat the ketone with amalgamated zinc in the presence of $\ce{HCl}$.

My book didn't mention the mechanisms for this type of reaction and I couldn't find an answer by searching Google.

organic-chemistry reaction-mechanism redox
Share
Improve this question
edited May 18 '19 at 7:35

Here is the mechanism for reduction of aldehyde/ketone by Clemmenson reduction. 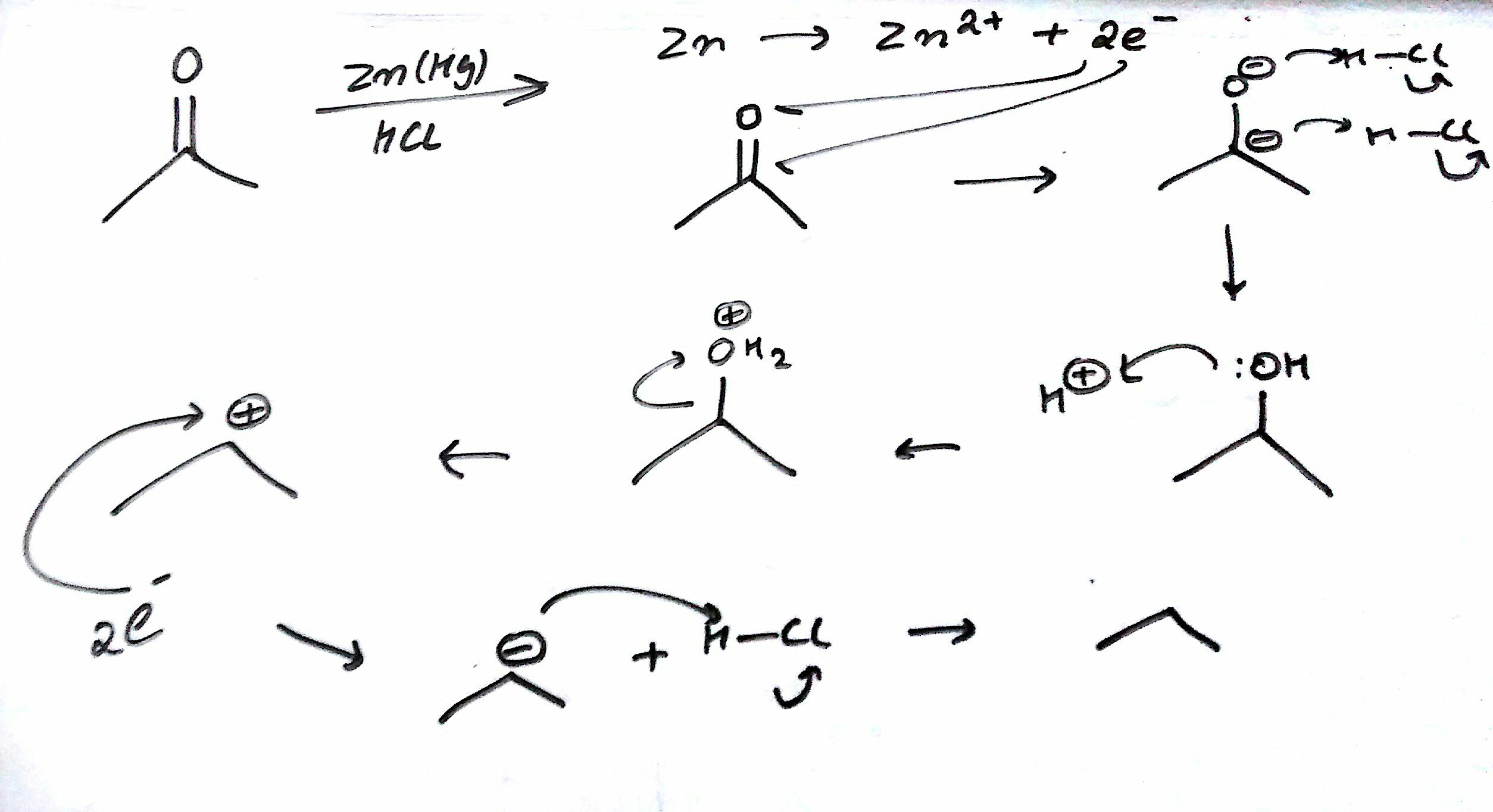 The key steps of the mechanism are given below, crucially showing that the alcohol is not an intermediate (hence why secondary alcohols are not able to undergo a Clemmensen reduction to afford the corresponding alkane).

As shown below, several other steps also operate in order to quench out the various radical intermediates produced during the course of the reaction.

Proposed mechanism of the Clemmensen reduction