overall energy and the boiling point 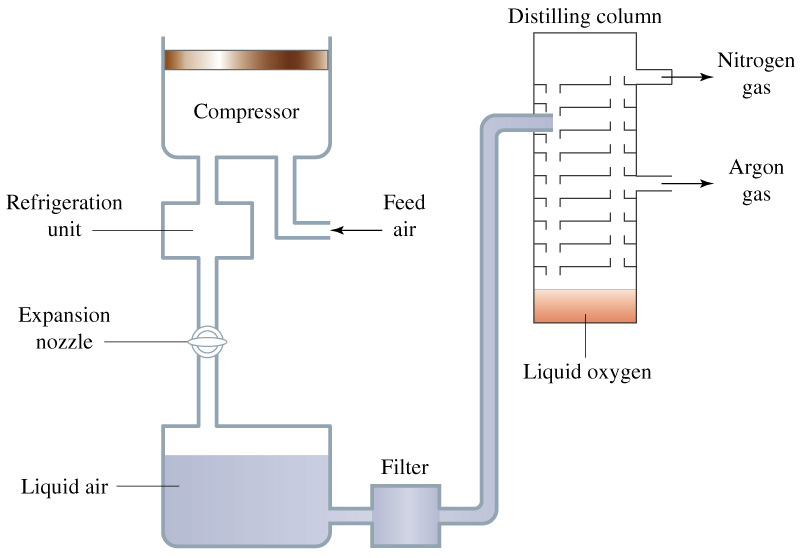 The gases in the distillation column boil off according to their boiling point.