I was electrolysing water using a copper anode and zinc cathode. The water was from the tap and where I live is very hard. I was using about 20V between the two electrodes. As I applied the voltage, a white precipitate formed around the anode. What is strange is that I can't replicate this using any other type of metal as the anode. Any ideas on what this might be? 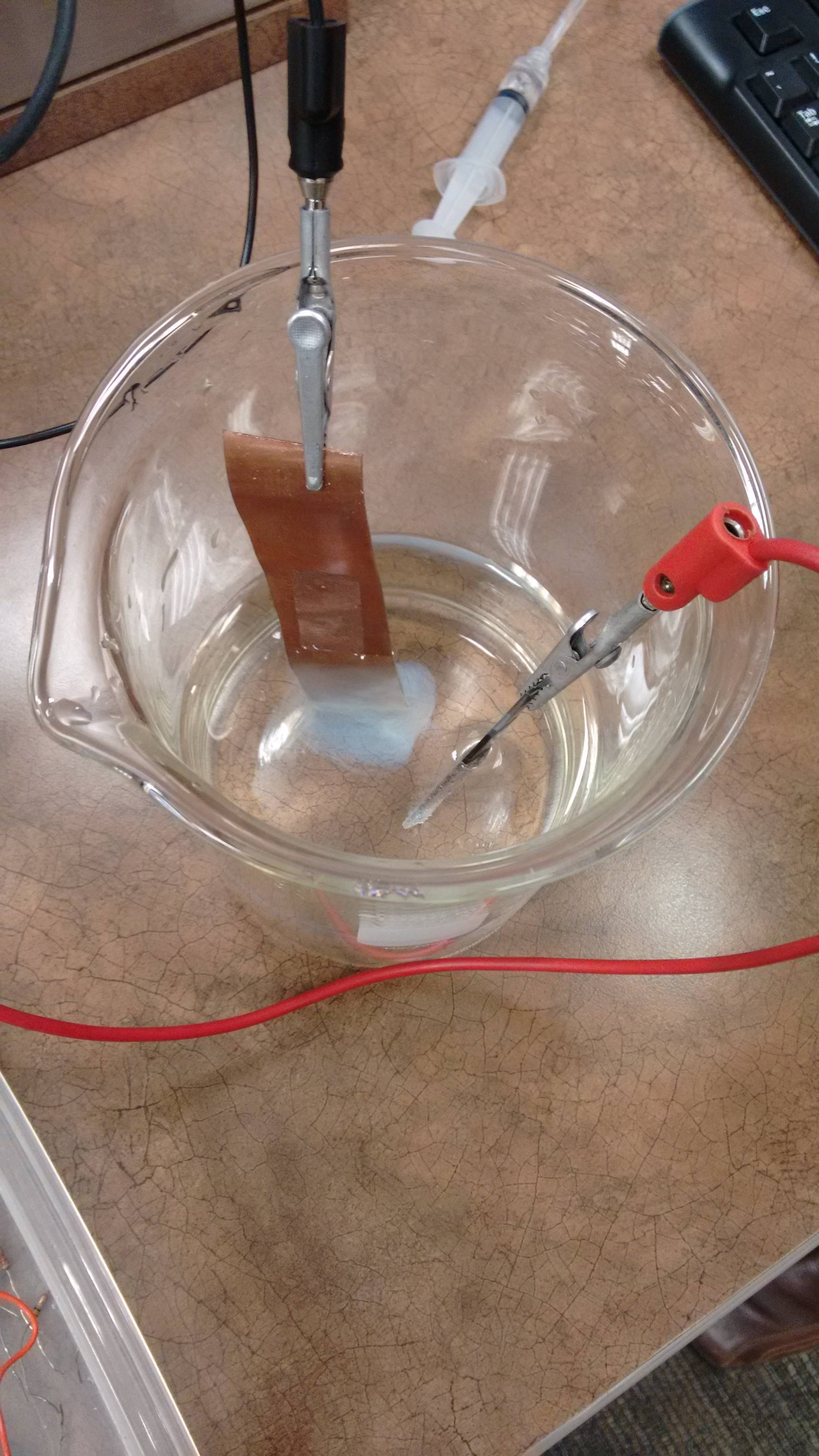 Or, I suppose a better question is: are there any ideas on how I can find out what this was?

The slight bluish tinge to that white precipitate makes it look to me more like copper(II) hydroxide than anything to do with the hardness minerals, especially since you haven't observed it with other anode metals thus far.

One way to test this would be to make a whole bunch of the precipitate, by running the current for a long time, and then taking a small sample of the liquid with precipitate in it and adding an equal volume of distilled vinegar (5% acetic acid). If it is indeed $\ce{Cu(OH)2}$, I think it should dissolve to form a clear blue solution of copper(II) acetate.

The only problem might be if 5% acetic acid isn't able drop the pH far enough, in which case you'd have to track down a more concentrated acid. One choice might be $\ce{HCl}$, which is available at, e.g., aquarium supply stores under its historical name of muriatic acid. You'd then get a solution of copper(II) chloride, the color of which will vary depending on the $\ce{Cl-}$ concentration. Another option, per MaxW's comment, would be pickling vinegar (10% acetic acid) -- in fact, a quick search just revealed that Amazon has several vinegar options available in higher acidities.

Metallic copper at the anode works as an electrode producing $\ce{Cu(OH)2}$, the slight blue pricipitate you observed in the course of reaction. The $\ce{Cu(OH)2}$ gradually releases water creating a black precipitate of, CuO. Please read our work in which we described the homemade reactions to synthesized copper(II) aspirinate and acetate: