The attached two compounds are diastereomers. They can be differentiated by cis/trans descriptors. Is there another way of describing them as cis/trans seems to be outdated? 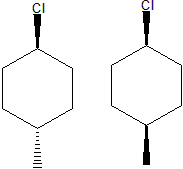 Edit: strongly related to your previous question How to determine the configuration of C atom bounded to two groups with same configuration? and Yolo123's question that was suggested to you Number of diastereomer pairs of 1,3-dichloro-1,2,3-triphenylpropane where the nomenclature was explained in detail by Jerrepierre. The same situation applies here.

Although the cis/trans nomenclature might seem 'outdated', it is still by far the easiest way to describe disubstituted ring systems, and is commonplace in both conversation between organic chemists, and in the organic literature when such relationships are introduced into a molecule.

As these ring systems possess some symmetry, the (R) and (S) descriptions commonly used are not applicable, but (r) and (s) may be assigned to carbons ('pseudo asymmetric'), based on the IUPAC 2013 recommendations for describing achiral cyclic compounds.

I've included the assignments for the two molecules you presented in the image below. In essence (taken from March's Organic Chemistry):

The small letters used for the psuedoasymmetric center are assigned using established rules. [...] The descriptors “r” and “s” are used to denote such centers; they are assigned in accordance with Sequence Rule 5, taking into consideration that “(R)” has precedence over “(S)” in the order of priority.

This additional example, taken directly from the IUPAC blue book 2013 may clarify the reasoning behind assignment of (r) and (s): 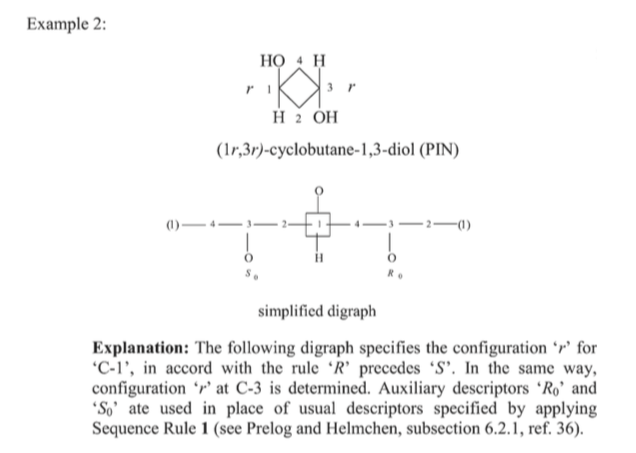 Its worth noting that this nomenclature only applies when you can find symmetry, in many cases this is non-existent, and normal (R) and (S) nomenclature can be applied.

16
Number of diastereomer pairs of 1,3-dichloro-1,2,3-triphenylpropane
16
IUPAC name for 1,2,3-trichlorocyclopropane?
2
How to determine the configuration of C atom bounded to two groups with same configuration?