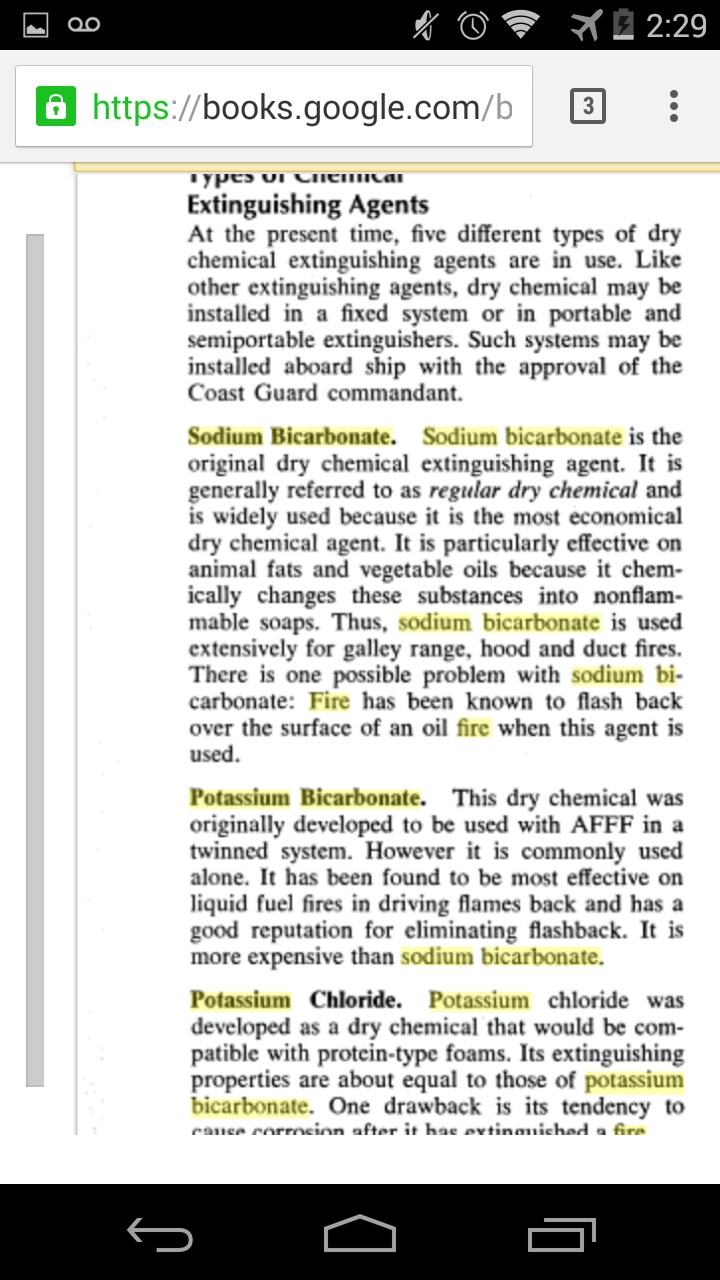 From what I understand, high heating of bicarbonate salts decomposes them into carbon dioxide, which helps suffocate the fire, and the corresponding metal hydroxide. Could it be potassium hydroxide that is interacting differently with the fire versus sodium hydroxide that causes this issue?

To answer this question, firstly we must understand both how fires are started, and how they are perpetuated. It is common knowledge that in order for fire to exist there must be heat, fuel, and an oxidizing agent (usually oxygen). Once started, a fire is then self perpetuated by a radical chain reaction. Removing any of these three ingredients or interrupting the radical chain reaction can be effective ways of extinguishing a fire. Both sodium and potassium bicarbonate are effective at performing several of these actions, though there are slight differences between them.

From a chemical aspect, it has been found that potassium salts are more effective than sodium salts, and iodide anions are more effective than chloride anions. Presumably, there is a catalytic path for destruction of free radicals, such as $\ce{H}$, $\ce{O}$, and $\ce{OH}$, utilizing the potassium in the salts. It must be remembered that any powder that has a chemical fireextinguishing capability will also have a heat-absorbing (endothermic) capability.$^{[1]}$

Combustion of hydrocarbons is thought to be initiated by hydrogen atom abstraction (not proton abstraction) from the fuel to oxygen, to give a hydroperoxide radical ($\ce{HOO}$). This reacts further to give hydroperoxides, which break up to give hydroxyl radicals. There are a great variety of these processes that produce fuel radicals and oxidizing radicals. Oxidizing species include singlet oxygen, hydroxyl, monatomic oxygen, and hydroperoxyl. Such intermediates are short-lived and cannot be isolated.$^{[2]}$

The mechanism by which chemical inhibition occurs when certain powders are added to fuel-air flames is not completely understood. Solid particles may scavenge chain propagating species by surface adsorption or reaction; or alternatively, the solids may vaporize in the combustion zone to produce gaseous products that react with active species via homogeneous gas reactions.

Most investigators seem to favor the latter mechanism, although direct experimental verification is very lacking. If homogeneous gas reactions are, in fact, responsible for the inhibition, then for cases in which potassium salts are the inhibiting agents, the chemical reactions

You can refer to:

4
What chemical equation proves that KHCO3 can extinguish a fire?