What is this glassware?

I found this in a second hand store, and I think it has to do with freeze drying. Is there any validity to this assumption? What is this called? Also, the little tuberculina at the bottom are stuffed with fiberglass I believe. 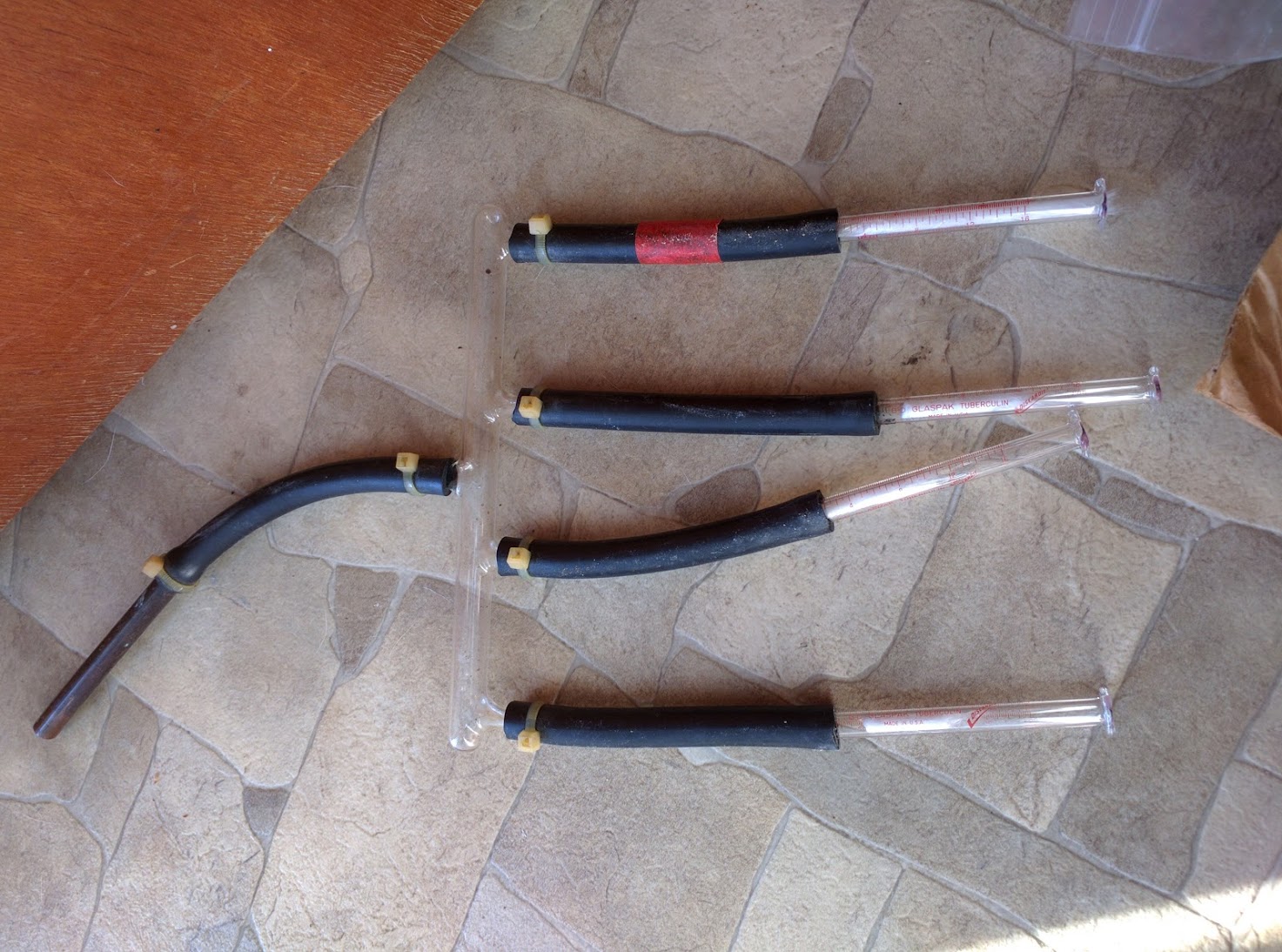 It looks to me like tubes used to distribute gas flow.

If you work with substances that would react with the oxygen in air, you prevent that by working under an inert gas such as nitrogen, i.e. you fill all the flasks containing your substance with nitrogen gas, keeping up a steady flow of the nitrogen in order to prevent any from air leaking in.

The nitrogen is usually provided through a valve in the fume hood, and then distributed through the tubes you have there. The left end in your picture is connected to the valve, and on the ends on the right side you can attach tubes leading to your reaction flasks. The fibreglass is there to prevent air from getting into the nitrogen distributing system while there's nothing attached to the tube.

The ends of the glass tubes look weird to me though, so I might be entirely wrong.

I doubt it has much to do with freeze drying. That would be a glass manifold with rubber hoses leading out with syringe barrels stuck in the ends. The fiber glass is likely meant to either resist and equalize gas flow or to prevent liquids from boiling into the manifold.

Not the answer you're looking for? Browse other questions tagged equipment sublimation or ask your own question.