How derive g and u symmetry labels for orbitals?

In Figure 1, a bonding $\pi$ orbital is depicted. This is supposed to be antisymmetric with respect to the inversion center in the middle of the bond. It seems therefore I need to invert the lobes, somehow, or move in an "X" fashion across the bond. But this seems different than for the molecular case, where we simply invert atomic coordinates. Figure 2 should be symmetric under inversion, and inverting the lobe positions lead to this result.

I just fail to get the unifying link between the molecular case and the orbital case.

Edit: Something just hit me: Should I always think of it as "inverting all coordinates within the entity", regardless of whether the entity is an atom or an orbital? 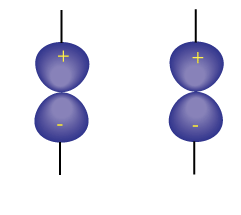 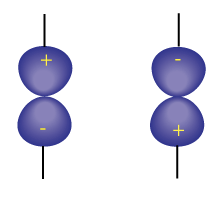 g and u labels are only used when the molecule itself possesses the inversion symmetry element. For a diatomic molecule, this means that both atoms have to be the same, i.e. it has to be a homonuclear diatomic molecule $(D_{\infty\mathrm{h}})$.

How do I carry out the inversion? 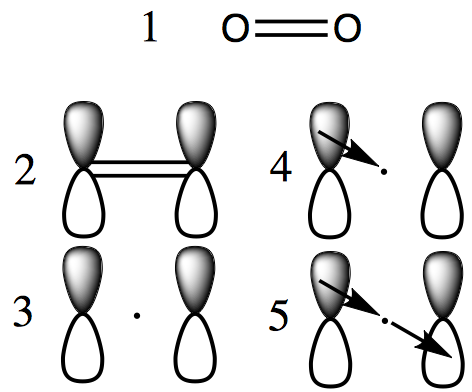 If you start from the bottom-left lobe, you would draw a line through the point of inversion and end up in the top-right lobe, and you would draw the same conclusion.

This arises because the Hamiltonian is invariant to the permutation of identical particles. Essentially, the idea is that both atoms are exactly identical, so there cannot be any way for them to be distinguished from each other. If you had such a wavefunction, and if it was populated, then there would be different amounts of electron density on the two atoms, which would mean that the atoms could then be distinguished. This is quantum-mechanically forbidden.

What if one atom does not have any d orbitals?

There is no such thing. Every atom has d orbitals.

Whether they have the same energy, or whether they are occupied, is another thing altogether. If the energies are different, or if one atom has occupied d orbitals and the other does not, then it is a heteronuclear diatomic and as I said earlier, the g and u labels are not appropriate in such a case.

On the other hand, note that classifying orbitals just by g and u does not make much sense. You should always consider the entire molecule’s point group and thus always consider which (set of) irreducible representation(s) an orbital or a set of orbitals has/have in said point group.

For example considering a set of six atoms arranged in an octahedron around a central atom; each of the surrounding atoms has three p-type orbitals and we are only interested in those that are perpendicular to the outside atom – central atom axis. These twelve p-orbitals transform as $\mathrm{t_{1g} + t_{1u} + t_{2g} + t_{2u}}$. Omitting the $\mathrm{t}$ and the subscripted numeral is a non-complete description of the orbitals. Only those in exactly the same irreducible representation will mix in a non-zero fashion.

16
How to determine gerade & ungerade symmetry of a MO orbital?

14
Is s-p mixing referring to hybridization or is it the mixing of one atoms s orbital with the other's p orbital?
2
Orbital conservation in Molecular orbital theory
16
How to determine gerade & ungerade symmetry of a MO orbital?
3
How do I determine the number and order of ligand orbitals?
0
Resemblance of molecular orbital formed by mixing of s and p orbitals to hybridised sp orbital
9
Hybrid orbitals, photoionization and time dependence