Strong hydrogen bonds are created by the FONs (fluorine, Oxygen and Nitrogen), which are very electronegatives, what produces a strong attraction between one them and hydrogen (which is less electronegative). As example of this interaction we can cite the water, that's a polar molecule in a "V" shape, take a look at the figure below.

Then, the both hydrogens yields a $\delta^{+}$ that's attracted by the Oxygen (very strong electronegative, the $\delta^{-}$ side) of the another water molecule, yielding the hydrogen bonds, take a look at the figure below. 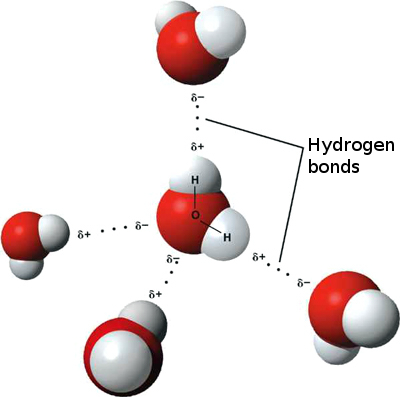 Not the answer you're looking for? Browse other questions tagged ions hydrogen-bond or ask your own question.