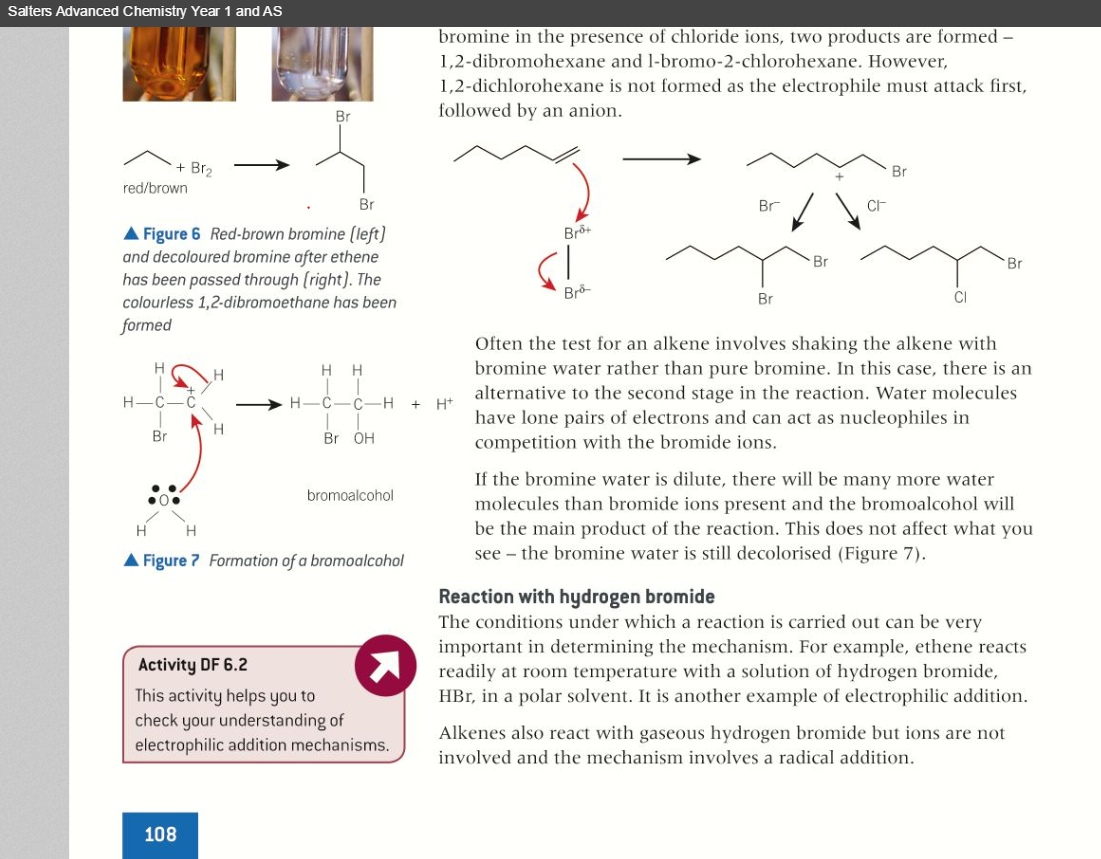 1
Why does nucleophilic substitution of a haloalkane with ammonia produce ammonium, not a hydrogen halide?
0
What are the states of HX when reacting with alcohol and alkenes respectively, and Br2 when reacting with benzene?
5
How can I work out what reaction will happen?
1
Electrophilic Addition Reaction
1
Aromatic Apparent Substituion Reaction Mechanism
24
Addition of hydrogen bromide to 1,3-butadiene: thermodynamic and kinetic control
2
Ester as a side product in the synthesis of bromoalkane from alcohol. Is it correct?
3
Conjugate addition vs Electrophilic addition