Can PBE (and LDA) actually be a better choice sometimes?

Part of my work as an inorganic chemist is to investigate the magnetic coupling between metallic centers in coordination compounds. After some time, I've noticed that the classic PBE functional is the one giving me the best results (better than B3LYP, PBE0 or even M06) and, at first, I was convinced that this was a mere coincidence.

My benchmark showed this: 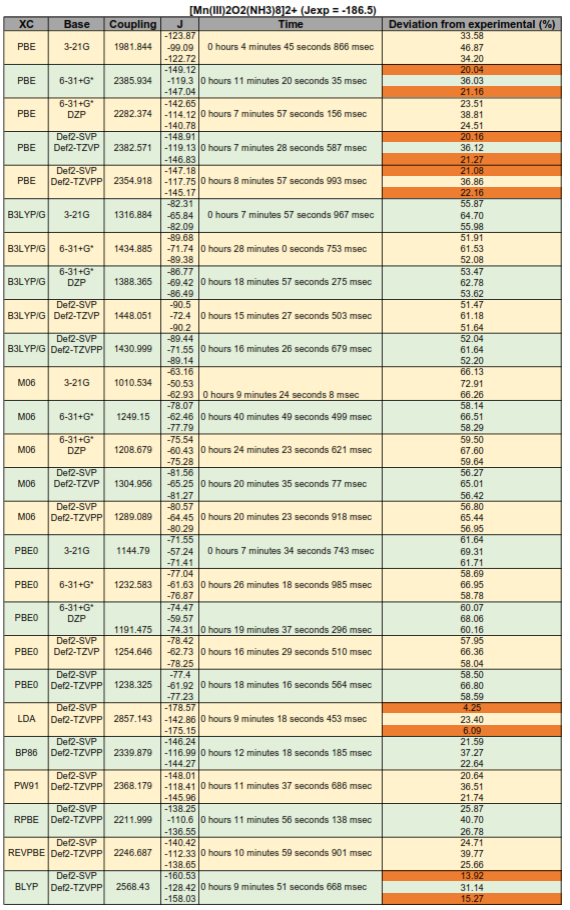 To me, the results are that the Local and Gradient Corrected Functionals like PBE and LDA are, actually, better for this kind of properties in which orbital superposition and spin delocalization are important.

My point here, I think, is that I struggle to believe that such simple and "old" functionals like PBE and LDA are actually better describing a complicated phenomenon like magnetic coupling.

I'd love to hear what you, guys, think.

Can PBE (and LDA) actually be a better choice sometimes?

Of course, they can. This is in fact one of the major problems with DFT: there is no systematic way of improving a functional, so we never know a priori which will work better for some particular problem. The only thing we know is that some functionals perform systematically better that the others for some cases (see a bit more on that at the very end).

The choice of a functional (and even more generally the level of theory) is dictated by which property has to be calculated with which accuracy and is usually based on extensive benchmark studies. A rather quick search by "magnetic coupling dft benchmark" terms found few papers claiming that hybrids indeed work worse than pure functionals for that particular property. For instance, here, it is explicitly claimed in the abstract that

The inclusion of exact exchange does not lead to improvements but worsens results drastically.

Exactly the same thing happens in your case, and this is not a big surprise for a number of reasons.

So, I recommend to:

Not the answer you're looking for? Browse other questions tagged inorganic-chemistry computational-chemistry density-functional-theory magnetism basis-set or ask your own question.

12
Better functionals to work with transition metals
1
Where can I find a collection of density functional parameterizations?
19
Do modern dispersion-corrected DFT methods give more accurate molecular geometries?
14
Is Orca wrongly breaking bonds? Why can it only optimize the molecule with COPT activated?
2
How do you calculate the correct charge on F after F2 dissociates?