Likewise, wouldn't the modified $\sigma_{2p}$ orbital be lower in energy as a result of mixing with an orbital slightly lower in energy? Why is it the other way around?

This is a frequent source of confusion in my experience - you'll see there are at least two other very similar questions here already.

I'm going to ignore "mixing" and use the word "interact" instead. If I consider the 1s orbitals in $\ce{H2}$, I take two 1s atomic orbitals and they (of course) interact. So one orbital goes down in energy, and one orbital goes up in energy. 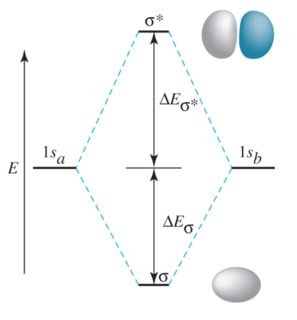 This is a common theme - if there's any degree of overlap between two orbitals, one will become more stable and one will become less stable. In the diagram, we claim "bonding" and "anti bonding" but in more complex molecules, these terms become hard to identify (e.g. benzene).

That's the answer to your first question. Since the $\sigma_{2s}$ orbitals do interact with $\sigma_{2p}$ the 2s will go down in energy.

Your second question is about the $\sigma_2p$ going up in energy.

I could answer with a formula from quantum mechanics, but let's argue qualitatively. Here's a diagram for two interacting orbitals: 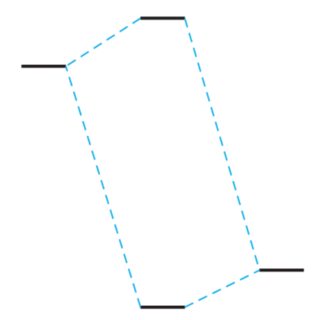 This is much like our case with the 2s and 2p orbitals. We see that the result is a system that's most likely more stable - the orbital lower in energy is even lower because of the interaction.

If we consider the reverse case - that the 2s goes up in energy, and the 2p goes down in energy, we would have a system that's less stable. In theory, this could happen - if the interaction is negative. In other words, the system would be more stable without the interaction than with.

In short, the "mixing" or interaction between 2s and 2p orbitals occurs because the species becomes more stable.

22
What is the origin of the differences between the MO schemes of O₂ and N₂?
5
Effect of effective nuclear charge increase on the stabilization of 2s and 2p orbitals
2
Energy level of hybrid orbitals in the molecular orbital energy diagram

88
Why is the 2s orbital lower in energy than the 2p orbital when the electrons in 2s are usually farther from the nucleus?
12
In molecular orbital theory, why does s-p mixing in the dinitrogen molecule not effect the 1σᵤ orbital?
14
Is s-p mixing referring to hybridization or is it the mixing of one atoms s orbital with the other's p orbital?
1
How to compare the energies of sigma and pi bonds in molecular orbitals of diatomic heteronuclear species?
4
Lowering energy in molecular orbital mixing
6
Explanation of the orbital energies resulting from Jahn-Teller distortion of octahedral complex using MO theory