Mechanism for reaction of ketene with water

In the Arndt-Eistert synthesis, a ketene is the intermediate. The ketene is then hydrolysed in the presence of $\ce{Ag2O}$. What is the mechanism for the hydrolysis of the ketene?

Is an oxonium ion formed or will there be nucleophilic attack of $\ce{H2O}$ on the carbonyl carbon?

The silver salt, which can also be $\ce{AgCF3COO}$, is added to the mixture to cleave off $\ce{N2}$, creating a singlet carbene which induces the 1,2-shift to generate the ketene. From then on, it has no further purpose. 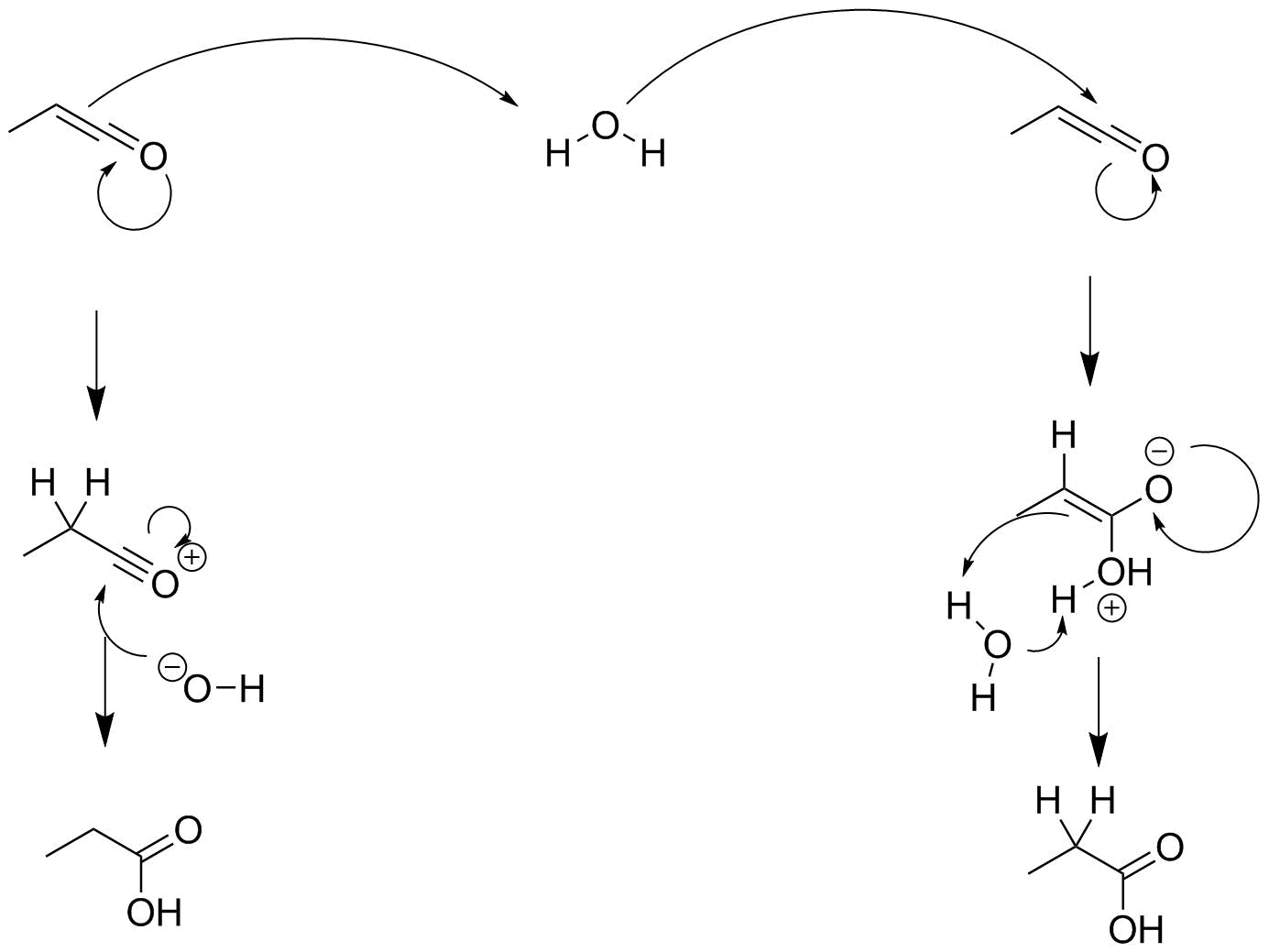 A few thoughts on the two mechanisms, first. In whichever way water reacts, it will react with the most reactive site, first. In case of a nucleophilic attack, the most electrophilic carbon is clearly the ketene carbon. Water has the possibility of cleaving either the $\ce{C=C}$ double bond or the $\ce{C=O}$ double bond. The $\ce{C=O}$ bond is preferred because it usually represents the molecule’s LUMO and the resulting carbanion would be rather unfavourable and probably immediately flip to an oxyanion. The final [1,3]-proton shift cannot occur in a concerted manner for electronic reasons. It is also highly unlikely that a single water molecule is both acceptor and donor as I drew it for brevity. I would assume a pair of molecules acting from both sides in a stepwise manner.

In case of the water-acidic mechanism, the most basic position in the molecule would be the oxygen atom so one would expect protonation there first. Again, I would assume the [1,3]-proton shift to be non-concerted which could provide major flaws to the mechanism. I also do not see the carbon position having sufficient basicity to be protonated in any noteworthy manner in rather neutral water. But let’s just assume it could happen for the sake of the following argument.

When it comes to rating water’s properties, we should note that it’s a mediocre base, a rather bad nucleophile but an even worse acid. So while one can save the nucleophilic mechanism by saying ‘yeah, water’s not a good nucleophile, but it’s the best we have floating around and the ketene position is rather reactive’ we cannot save the acidic mechanism in any similar way. Ketones are, in good approximation, unprotonated in aquaeous solution, so protonating an even worse position is all the more unlikely.