My teacher showed me this diagram on how the hybrid orbitals of two atoms combine to form molecular orbitals. I was confused by this because I thought that VB and MO theories were two separate theories. In VB theory, atoms form hybrid orbitals that overlap, and the electrons are located in the overlap. 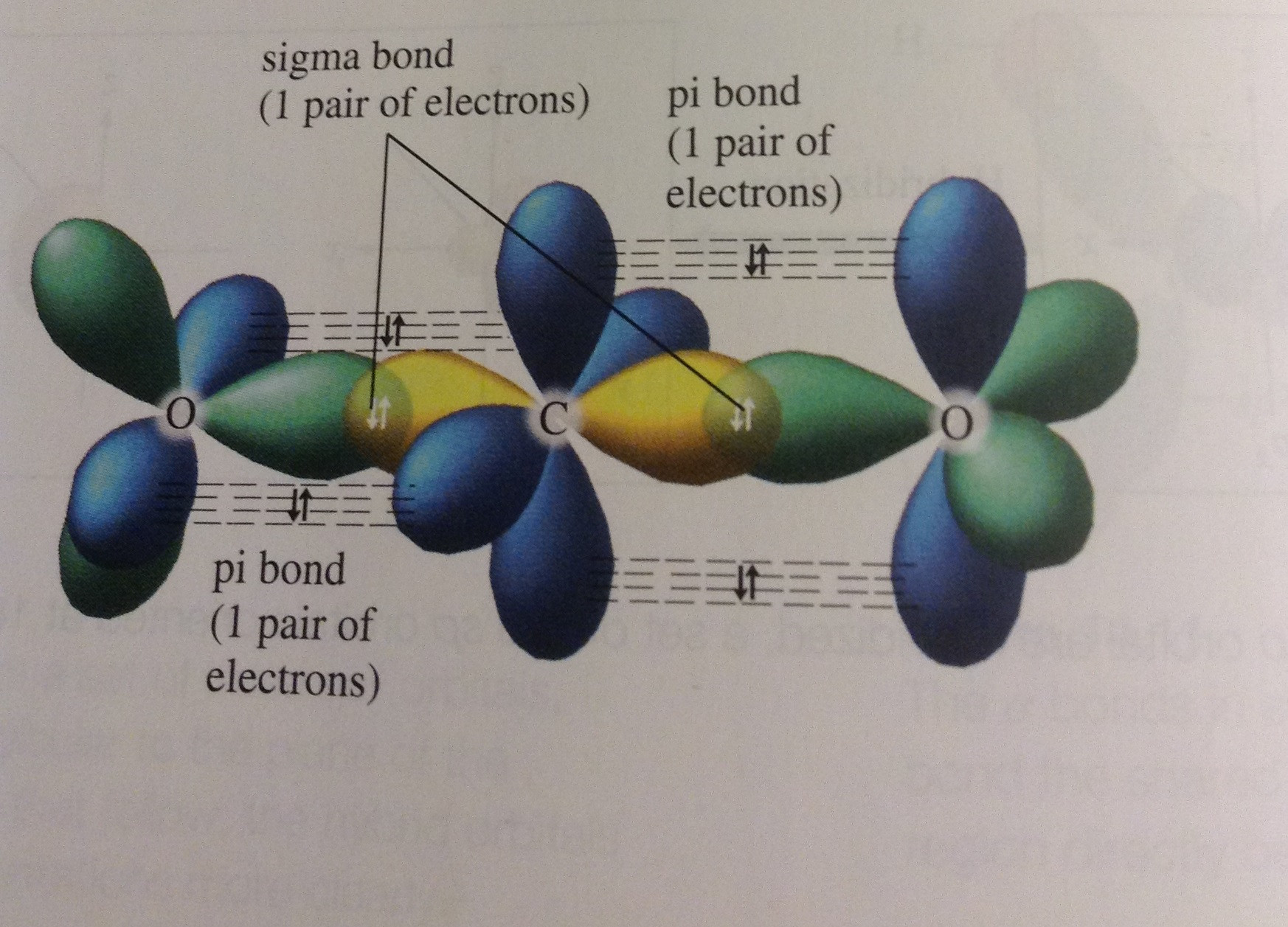 In MO theory, molecular orbitals are formed from the superposition of regular atomic orbitals (not hybrid orbitals), so most MO diagrams I see are drawn like this:

However, part of the reason why that example worked so well is that methane has a central atom. When you come to larger molecules, and have to piece together different fragments of the molecule, there is a difference between LCAO using the hybridised and unhybridised orbitals. The best example is the very first MO diagram that you drew - I cannot tell what it is, but I think it is that of an alkene. So let's consider ethene, $\ce{C2H4}$.

In fact, the diagram is "wrong". There are 8 electrons in total in the constituent AOs, but the MOs only have 4 electrons. This is not because of any elementary mistake by your teacher. It is because two of the $\mathrm{sp^2}$ orbitals on each carbon do not point towards each other; they point towards the hydrogens instead. Therefore, they are assumed to be involved only in C-H bonding and not in C-C bonding. Strictly speaking, they should therefore not be shown on the MO diagram. Nevertheless, it is this assumption that gives us some insight into the difference between this "hybridisation-LCAO" treatment and normal LCAO treatment using the pure AOs. 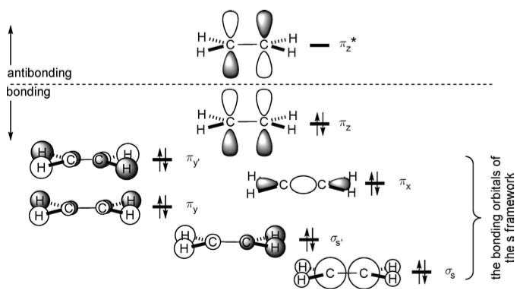 We can try and draw some parallels between your "simplistic" MO diagram and this "proper" MO diagram here. In the simplistic diagram, the C-C $\sigma$ bonding arises from overlap of the two $\mathrm{sp^2}$ hybrid orbitals. So, this is likely to somewhat correspond to the $\pi_x$ MO above, which kind of looks like what you would expect from constructive overlap of $\mathrm{p}$ orbitals on carbon pointing towards each other. However, there's likely to be a bit of the $\sigma_s$ MO mixed into it, because you are using $\mathrm{sp^2}$ hybrid orbitals which also have the $\mathrm{s}$ orbital mixed in. The other filled MOs are not likely to contribute since they are antibonding with respect to the two carbons. In fact, they are mostly there to provide the additional C-H bonding required to make the molecule stable, which is exactly what is neglected in the simplistic diagram.

However, the $\pi$ bonding orbital in your simplistic diagram is a resounding success. It's exactly the same as the $\pi_z$ MO in the real diagram! And the $\pi^*$ antibonding orbital in the simplistic diagram is also exactly the same as the $\pi_z^*$ orbital in the real diagram! This leads us to the main point: we can do this much simpler MO treatment using hybrid orbitals and get a sufficiently accurate MO picture, without having to go through a bunch of symmetry arguments to determine which AOs overlap and which AOs don't. Furthermore, guess which are the most important MOs that control the reactivity of ethene? Exactly; it's the two $\pi$ orbitals.

Now that I've gotten that out of the way, I can proceed to answer your specific questions:

I was confused by this because I thought that VB and MO theories were two separate theories.

What I wrote above mostly applies to this confusion. The crux of the matter is, hybridisation can be applied to VB theory and it is actually in this context that you first meet hybridisation, but it is not exclusive to VB theory. You can do a little mix-and-match in order to simplify your life, without sacrificing too much accuracy.

Are molecular orbitals formed from regular (s,p,d, etc.) atomic orbitals, or are they also formed from the hybrid orbitals?

It is your choice. One leads to a more accurate picture, but it becomes extremely tedious as the molecule becomes more complex.

And if hybrid orbitals do combine to form molecular orbitals, are the electrons still in between the two bonded atoms or are they delocalized like in the MO theory?

The electrons are localised. This is most obvious from the difference in the $\sigma$ orbitals shown above. Full delocalisation a la "proper" MO theory would imply that there are MOs which lead to bonding over the whole molecule, i.e. the $\sigma_s$ orbital.

Then why do you still call it MO theory if the electrons are localised?!??!!??!

You didn't ask this question, but I anticipated you might wonder about it, since I've been going on and on about MOT only to end up saying that the electrons are localised. It's still LCAO-MO theory, just that the basis set of orbitals chosen is different, which leads to a different form of the wavefunction which happens to be localised between two nuclei. In terms of the electron density distribution, it is the same qualitative picture that is painted by VB theory. But, remember that VB theory has no idea what an antibonding orbital is, or that it even exists. So, what you have done is: you have actually arrived at the same result (localised electron density) by another means (MOT).

Disclaimer: There are people who will debate exactly what "VB" and "MO" theories are. Wavefunctions exist in VB theory as well, except that they are constructed differently, and one might very well say that the simplistic MO theory above is, in fact, VB theory. Nevertheless, I am sticking to the introductory, qualitative notions of VB and MO theory here.

Hybrid orbitals (also sometimes referred to as group orbitals) are a way of simplifying the idea, by allowing us to combine an sp3 carbon, or an sp2 carbon, without having to always derive from first principles.

In this sense, the MO theory provides a rationalisation for why VB theory works when using hybrid orbitals.

15
How can the gauche-effect be explained?
0
Hybrid orbitals in molecular orbitals