What is the role of sulfuric acid and mercury(II) sulfate in the oxymercuration of alkynes?

I have a homework problem where I'm given a terminal alkyne. The goal of the problem is to choose the reagent that will result in a particular ketone.

Here's a really general view of the reaction I drew out showing the reactants I chose (I don't want anyone to do my homework, just explain what's unclear to me).

I've gone through the list of reagents given in the problem and all the others result in an aldehyde (which to me suggests anti-Markovnikov addition).

The book shows that $\ce{HgSO4}$ yields a ketone via the Markovnikov addition of water forming an enol (and undergoing tautomerization). My answer was correct, but I'm not satisfied that I really know this. The mechanism shown in the book involves only water (it doesn't show what the role of $\ce{H2SO4}$ or $\ce{HgSO4}$ is here, it only explains that it causes Markovnikov addition of water).

My only proposal is that the $\ce{HgSO4}$ adds first, in an anti-Markovnikov fashion, forcing an $\ce{H}$ from $\ce{H3O+}$ to add on the terminal carbon and thus water to add to the other side. I also am guessing that $\ce{H2SO4}$ makes the formation of $\ce{H3O+}$ more favorable.

Could someone show how this mechanism works or explain a bit about how the presence of $\ce{HgSO4}$ and $\ce{H2SO4}$ affect the reaction?

Let's first look at the acid-catalyzed hydration of an alkyne. Just like in the analogous reaction of alkenes, the new proton goes to the least substituted position, to give the most substituted carbocation. Water attacks the carbocation, and after deprotonation, an enol is produced. Under acidic conditions, the enol tautomerizes the the corresponding ketone. 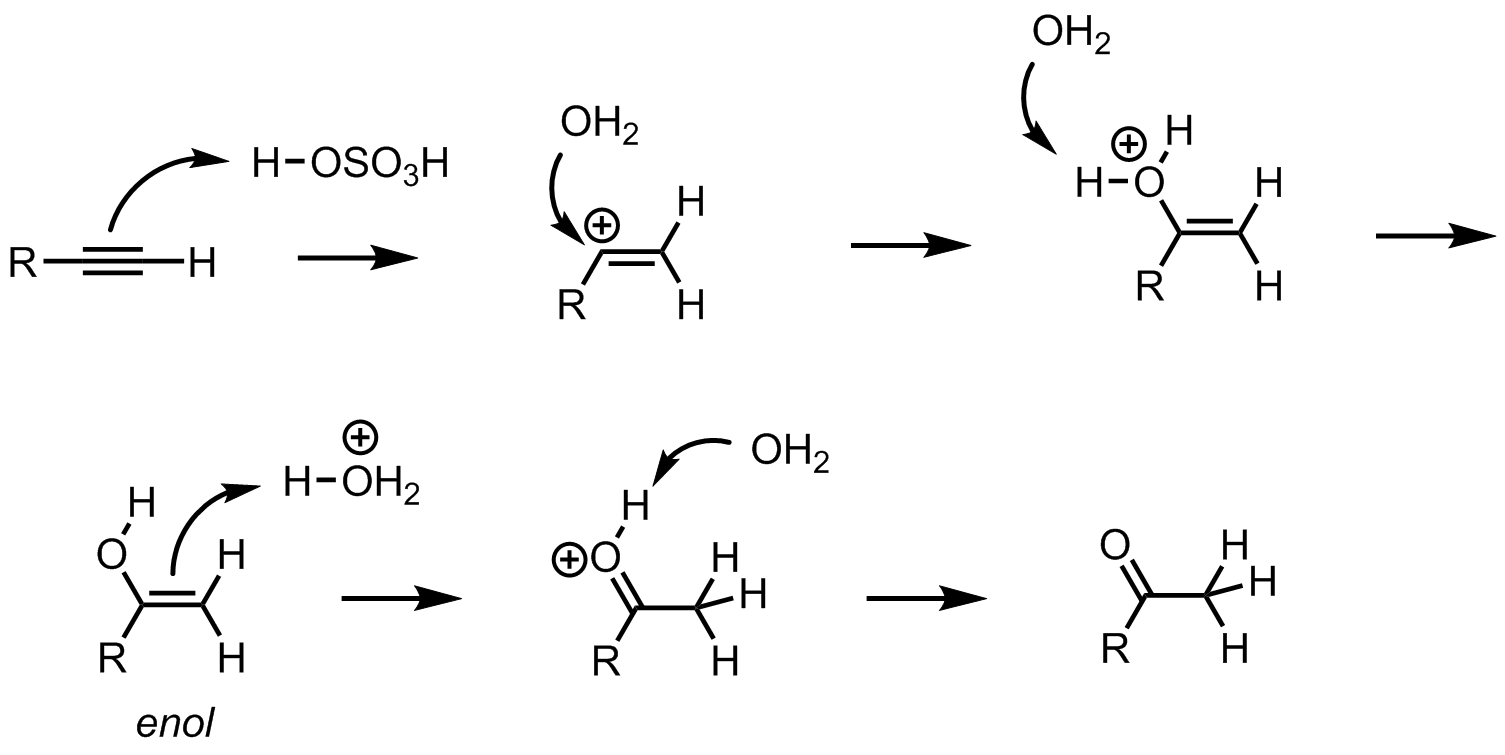 The mechanism with mercury catalysis is very similar. The main difference is that the initial intermediate is a mercurinium ion, which is opened by the nucleophilic attack of water at the more substituted site. Beyond that, you can think of the mercury atom as a giant proton. The mechanism proceeds analogously, first through a mercury substituted enol, which is protonated and then demercurated. 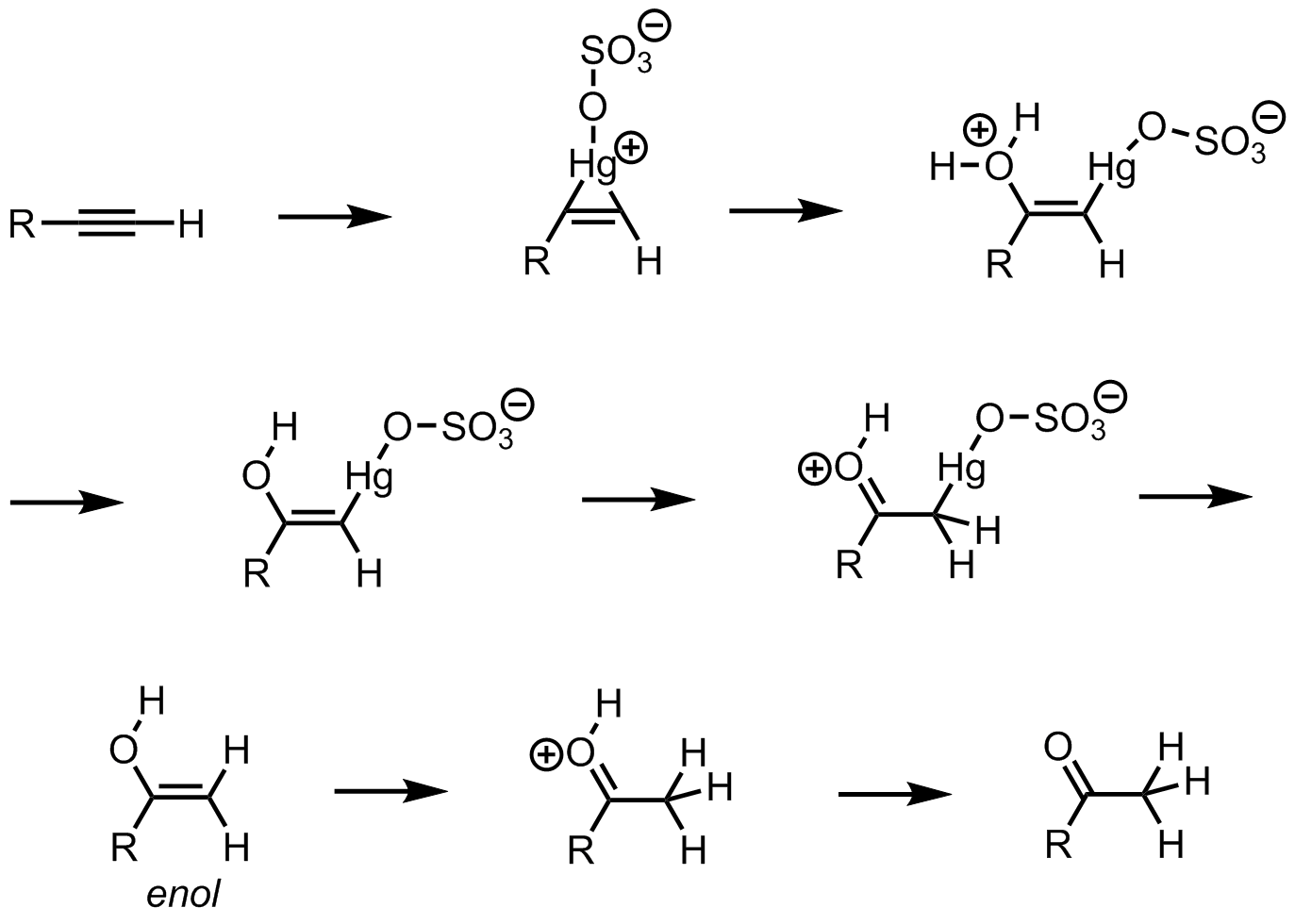 So why is mercury typically used? We know from oxymercuration, that using mercury avoids carbocations that are prone to rearrangement. The sp2 (vinyl) carbocation shown in the first mechanism is less stable than sp3 carbocations, so we would expect rearrangement to be an issue. Avoiding the high energy carbocation also increases the rate of reaction.

4
Reaction of alkyne with sodium in ethanol
1
Mechanism of hydroboration oxidation reaction
2
Mechanism of acid-catalyzed addition of water across an alkene
4
Method for regioselective hydroalkylation of terminal alkyne
5
What is role of copper powder, calcium chloride and cuprous chloride in the SN1 reaction of hydrochloric acid with propargylic alcohol?
8
Stereochemistry of nitrosyl chloride addition to an alkene