Base catalyzed rearrangement of an alkyl substituted cyclopent-2-enone

I have been asked to provide a mechanism for the following transformation:

I don't see any viable way to make this happen. All I can see that is possible is the formation of an acetal or a Michael addition. Neither of which seem useful. Can you help? 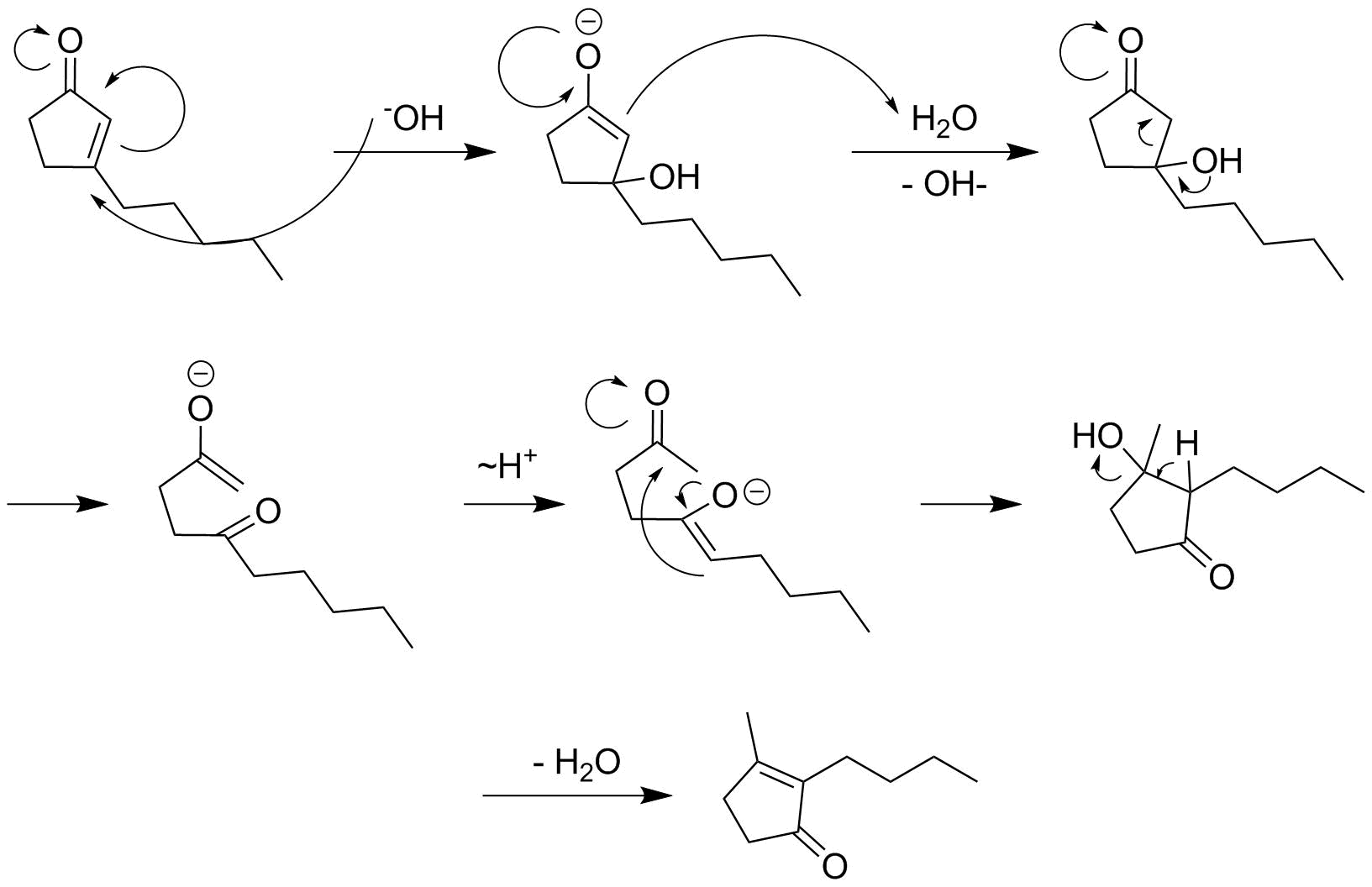 One should be able to support the mechanism by labelling either of the ketone carbons with $\ce{^{13}C}$. (Oxygen labelling would not work since in the hydroxide conditions the oxygen will exchange rapidly via a hydrate intermediate.)

As I forgot to say and as Orthocresol correctly noted: Every step is to be seen as being in equilibrium and the overall equilibrium is shifted towards the thermodynamically most stable product: the tetrasubstituted double bond.