I read in Inorganic Reaction Mechanisms by R. K. Sharma that $\ce{ICl6}$ is formed by the extra two $\ce{Cl-I}$ bridge bonds. What I don't understand is, why does the bridge bond form? And is it a coordinate bond or something like a banana bond (as in $\ce{B2H6}$)? 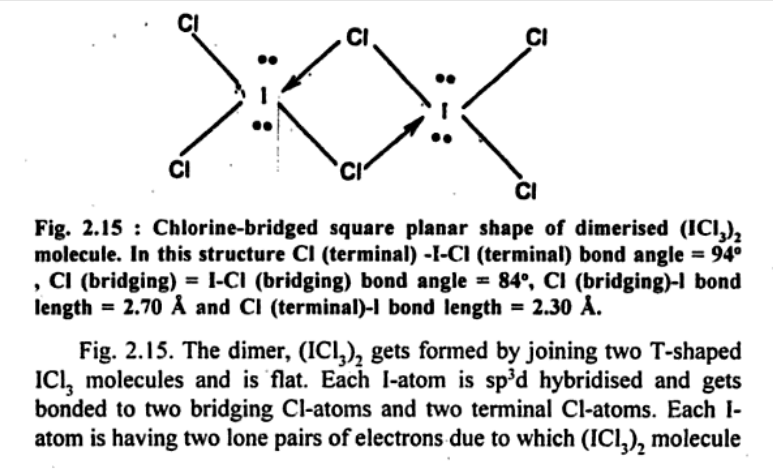 The bonding situation in the compound $\ce{(ICl3)2}$ is by far more complex than what is depicted in this book. The molecule itself has very high symmetry, i.e. $D_\mathrm{2h}$, that needs to be satisfied in the molecular orbital/ valence bond description.[1,2] That is why one cannot distinguish between the bridging chlorine bonds.

Analysing this bonding situation in the simple concept of Lewis-structures is not trustworthy and will lead to wrong conclusions. I have performed a short gas-phase optimisation at the DF-BP86/def2-SVP level of theory and analysed the resulting wave function with the Natural Bond Orbital theory. Covalent treatment of any of the bonds seems to be wrong. In this case I assumed all single bonds. Due to symmetry reasons, we only need to be concerned with two bonds. The outer $\ce{I-Cl}$ bond is polarised 93% towards the chlorine, but only occupied by 1.25 electrons. The remaining 0.75 electrons can be found in anti-bonding lone pair orbitals. This is not even close to expected Lewis structure behaviour. The bridging $\ce{I-\mu{}Cl}$ bond is still 81% polarised towards the chlorine, and has an occupation of 1.92 electrons. This only tells us, that this bond has a higher covalent character. 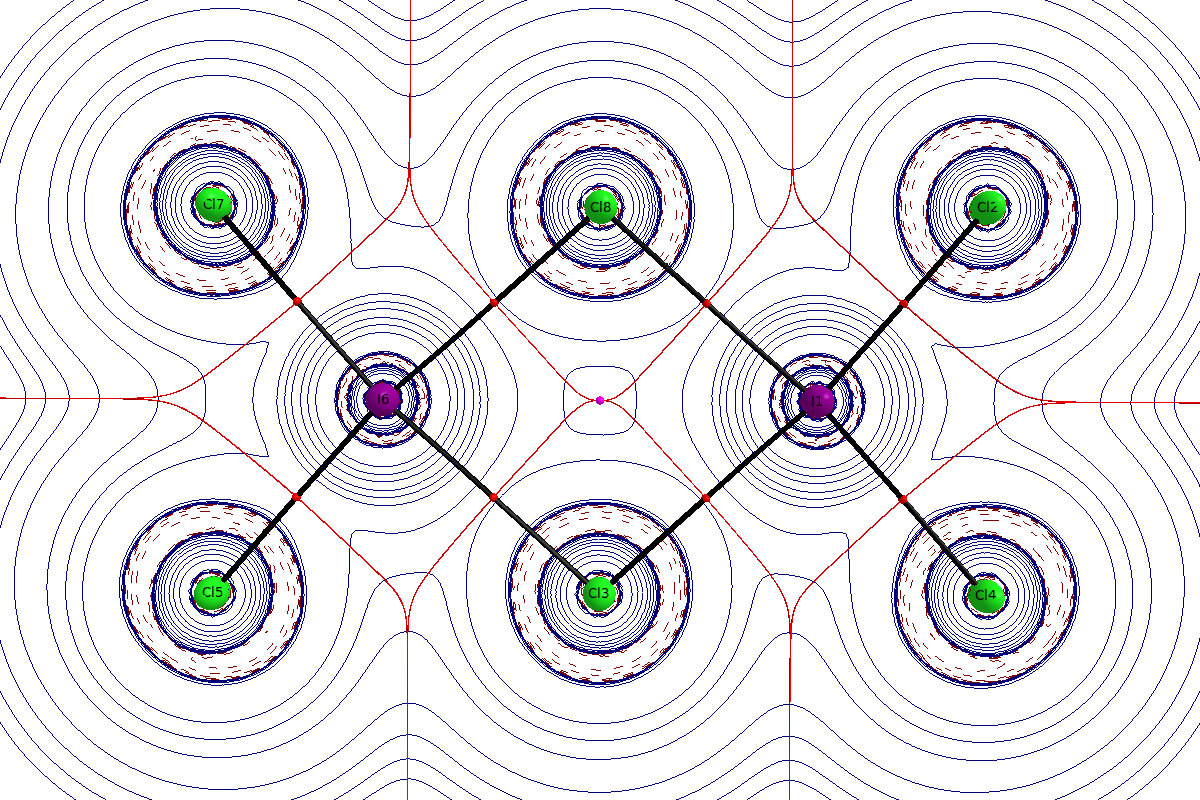 This finding is fairly consistent with the observation, that the melt of $\ce{(ICl3)2}$ conducts electricity, which according to Wikipedia is a hint for partial ionic dissociation. $$\ce{(ICl3)2 <=> ICl2+ + ICl4- }$$

However, the planarity of this compound in solid state can be attributed to the possibility of having a somewhat quite extensive pi-bonding system as part of the small covalent bonding. For final conclusions about this, the results are not sufficient. 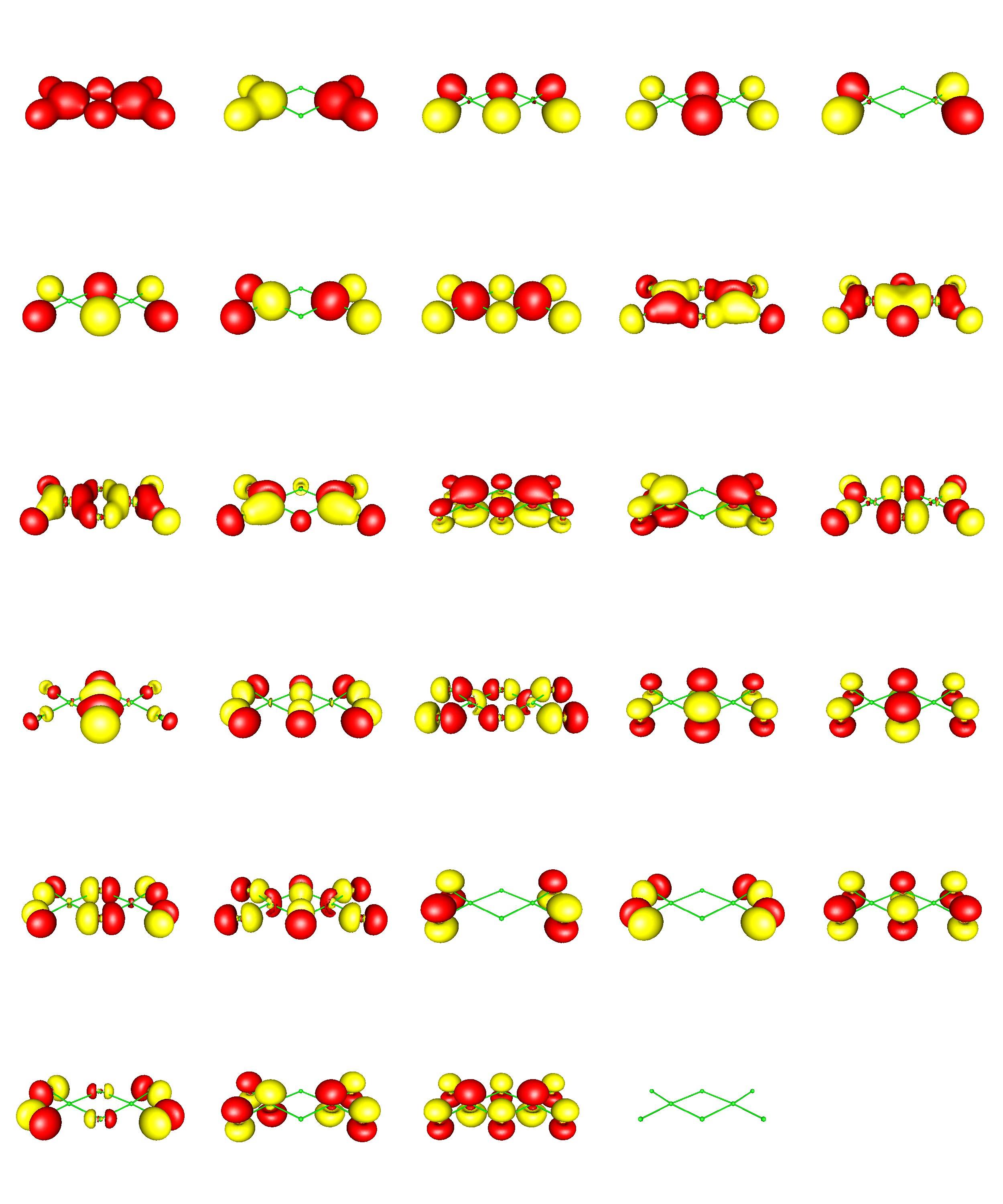 Finally a short warning:
While the assumption made by VSEPR may lead to the approximately correct conclusion for the interhalogenide compounds $\ce{XF3}$, where $\ce{X$=$Cl, Br, I}$, that the molecules are T-shaped, it is doubtfully the correct conclusion for the much less electronegative chlorine. This can be mainly explained by Bent's rule. Even in the monomeric compound the bonding situation is somewhat more complicated than you would expect.

Not the answer you're looking for? Browse other questions tagged bond hybridization molecular-structure halides or ask your own question.

21
How to rationalise the resonance structures and hybridisation of the nitrogen in a conjugated amine?
1
How to rationalise the difference in halogen bonding?
1
Are there square planar complexes with sp2d hybridization?
4
Why is the tetraamminecopper(II) ion square planar?
13
Are carbocations necessarily sp2 hybridized and trigonal planar?
12
Why isn't cyclobutane planar?
7
Is carbon suboxide planar?
2
Why are square planar molecules drawn from the side plane as opposed to the top plane?