Most important points to remember when thinking of $\mathrm{S_N2}$ reactions are that they are nucleophilic reactions, a pentavalent transition state is formed, depends on steric hindrance, strength of the bonds, nucleophilic and substrate used i.e. what kind of leaving group is attached to it, etc. I know and understand these.

I also know that in the following conditions the rate of $\mathrm{S_N2}$ increases, but I don't seem to understand the reason behind it.

1) The presence of unsaturation on beta-$\ce{C}$ in primary halide increases $\mathrm{S_N2}$ reaction rate.

I really don't seem to understand this one, I know for the alpha $\ce{C}$ it would be difficult because the halide and the carbon will acquire partial double bond character which would make it very difficult to break.

2) The presence of carbonyl group at alpha carbon is most suitable for $\mathrm{S_N2}$ reaction.

My reason: it might be because of tautomerism, i.e., due to its conversion to enol form it will increase the reactivity.

This too, I fail the understand.

organic-chemistry reaction-mechanism nucleophilic-substitution
Share
Improve this question
edited May 31, 2020 at 14:17

I know this question was from awhile ago, but I'll answer anyway.

a) The key to understanding this is the concept of the transition state. Below is an image taken from Khan Academy 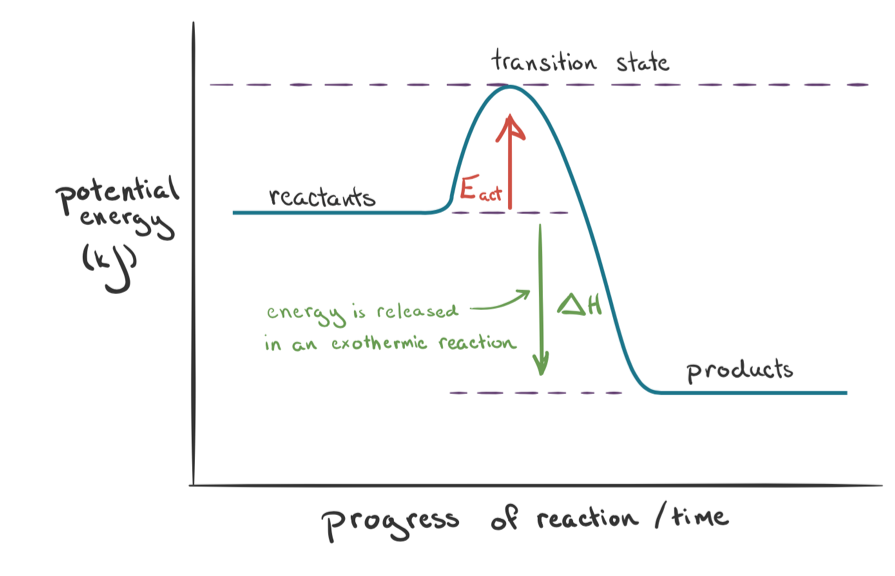 The reason this reaction proceeds more quickly with an unsaturated beta-carbon is the pi-electrons from the unsaturated carbon stabilize the transition state. This lowers the activation energy of the reaction, making it more likely to happen with each molecular collision.

c) I'm assuming you're comparing $\ce{N, O}$ and $\ce{S to C}$. $\ce{N, O,}$ and $\ce{S}$ are more electronegative than carbon, which will impart a more positive-like characteristic on the alpha carbon, making it more susceptible to attack from the nucleophile.

2
Restricted synthesis; formation of nucleophile and electrophile from one carbon source
7
Why does the opening of an epoxide occur via an Sn2 like mechanism when using a methanoate ion as a nucleophile and methanol as a solvent?
4
Why do SN1 reactions prefer tertiary carbons?
2
Does the reaction of 1-bromobutane with cyanide ion follow an SN1 or SN2 mechanism?
2
Confusion about the SN1 and SN2 Mechanism