Does this compound have zero dipole moment? 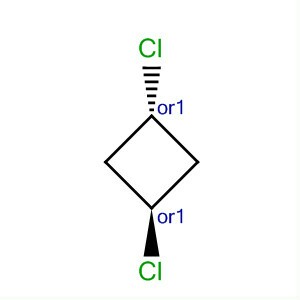 I think it has a non-zero dipole moment. If I assume the ring to be planar, then the dipole moments of each $\ce{C-Cl}$ bond cancel out. (One is upward and the other is downward.)

But if I take the actual puckered structure of cyclobutane, one $\ce{C-Cl}$ bond is axial and the other is equatorial and hence they won't cancel out and the compound has a non-zero dipole moment.

But the answer given in my book says the compound has zero dipole moment.

Cyclobutane and its substituted derivatives readily undergo a ring flip (or ring inversion) as pictured below.

Only molecules that belong to symmetry classes (point groups)

can have a dipole moment.

Therefore at room temperature, where flipping is rapid, the molecule has no measurable dipole moment. If you cooled the system down to a very low temperature where conformers $\ce{A}$ and $\ce{B}$ were not rapidly interconverting, then you could measure a non-zero dipole moment.