I am not a chemist, but I will be explaining chemistry to some third-graders. I want to give the example of how different things can be made of the same parts, but arranged differently. My "real world" example is a car and a motorcycle. The car has an engine and four wheels, but we can create a different vehicle with an engine and only two wheels: we get a motorcycle. What two elements X and Y create two common molecules with the formulae XY2 and XY4?

I was hoping to use carbon and hydrogen because the children have already heard me use those words, and CH4 is a gas that will make them laugh when I tell them where it comes from. But the only CH2 molecule that I could find is this which is too complicated and unfamiliar to explain. I would prefer molecules composed of the common elements hydrogen, oxygen, carbon. I would like to avoid molecules of elements that are commonly found in their elemental state such as gold, iron, or silver as at this stage I want to reinforce the idea that we cannot see molecules with the unaided eye. I might introduce the idea that a molecule (and macromaterial) can be composed of a single element later, if this lesson goes well.

Silicon dihalides (F, Cl, Br, I) have also all been prepared in the gas phase, but are much less stable than the tetrahalides.

The closest I can come up with is CH$_4$ and H$_2\!$O, which obviously have different central elements, but cars and motorcycles have very different bodies with very similar wheels.

How about sulfur and oxygen?

$\ce{SO2}$ is an invisible gas that smells terrible. $\ce{SO4^2-}$ is an anion - it has extra two electrons that it must bond with something. That something can be hydrogen in the example of sulfuric acid, or with all kinds of metals. A favourite example of mine is celestine, $\ce{SrSO4}$: 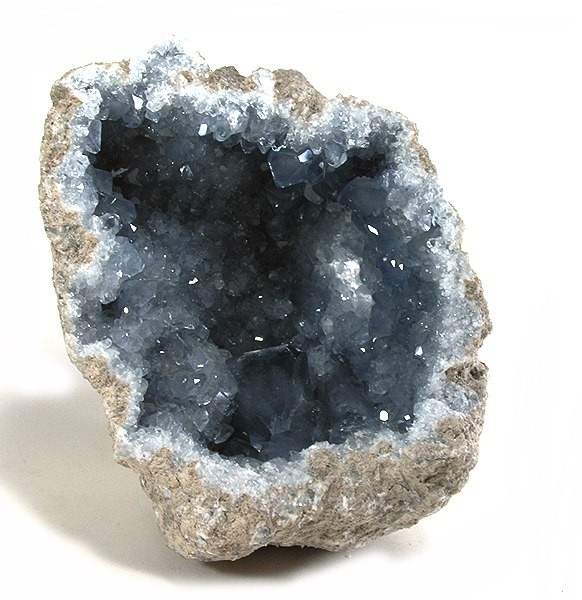 Not the answer you're looking for? Browse other questions tagged molecules elements teaching-lab or ask your own question.

7
Tool that generates electrostatic maps of molecules?
0
Molecules that get charged in Water
12
Are there any good examples of commonly ingested molecules that contain particular toxic individual elements?
10
Explain the formation of replicators to a layman
14
Which elements can be diatomic?
5
Naming of elements 113, 115, 117, and 118
1
Finding molecules that you randomly create using a modeling kit
0
Collision rates between two molecules in a liquid