Why does magnesium oxide not react with water?

There is a question in my textbook which asks "which of the reactions are not possible to occur". The right answer is $\ce{MgO + H2O}$ and my chemistry teacher confirmed it. Why is that so? I thought that it would form $\ce{Mg(OH)2}$.

Does the reactivity also depend on the temperature?

Like a lot of things in chemistry, "it depends".

Magnesium oxide is commonly produced by calcination of magnesium hydroxide or carbonate. The magnesium hydroxide or carbonate decomposes at a fairly low temperature whereas magnesium oxide is itself stable to both decomposition and melting beyond 2000°C. So, we can choose from a wide range of calcining temperature, and as explained here we can use this to dial in the reactivity we want.

At a low calcining temperature the magnesia is quite reactive, even hygroscopic (the "magnesium oxide" film formed on magnesium in ambient air is thus usually magnesium hydroxide); this "light-burned magnesia" is used where easy reactivity is required as in water or soil treatment. And, yes, the reaction with water gives magnesium hydroxide.

First off, to not overlook the obvious, both reactions ares thermodynamically favored.

Thus thermodynamics is not the reason and thus kinetics must be to blame. For starters combusted magnesium is going to produce partially amorphous $\ce{MgO}$ which will reduce the activation energy to hydrolyze magnesium oxide, but why is it that solid magnesium oxide reacts slowly with water allowing me to use crucibles made of the stuff, while calcium oxide reacts quite vigorously despite both being thermodynamically favored?

I believe the answer is in the Cation-anion radius ration (C/A ratio). The C/A ratio for $\ce{Mg^2+}:\ce{O^2-}$ is $0.683$ ($\pu{86pm: 126pm}$) which correspond to a 6-fold nearest neighbors configuration while the C/A ratio for $\ce{Ca^2+}:\ce{O^2-}$ is $0.905$ ($\pu{114pm: 126pm}$) which corresponds to an 8-fold nearest neighbors configuration. Yet both compounds are in a rock salt 6-fold nearest neighbors configuration. AS a result the oxygens of magnesium oxide are tightly packed "touching" each other while the oxygens of calcium oxide are space apart farther than two ionic radii. This allows the oxygen atoms of calcium oxide to "make room" for water and increase the coordination of $\ce{Ca^2+}$ to accommodate the additional atoms whereas the oxygens in magnesium cannot. 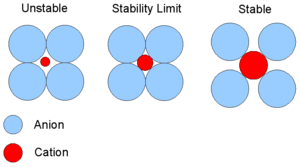 magnesium forms a layer of $\ce{MgO}$ readily on it's surface when exposed to air, thus preventing further reaction, when you put $\ce{Mg}$ in water, which is actually the $\ce{Mg}$ with the $\ce{MgO}$ crest on it, it is essentially inert to water as the oxide crest won't react, and or allow access to the interior where pure $\ce{Mg}$ lies. But if it were pure $\ce{Mg}$ and Water, the result sure will be $\ce{Mg(OH)2}$

Also for a reaction to occur between a solid and liquid, atoms of the solid need to dissolve on the liquid to interact with the liquid itself or a component of liquid as a mixture. It is a fact that $\ce{MgO}$ is not very soluble in water, hence restricting it's interaction with water

I will attempt an answer that may overlap some of the other answers, but it seems pretty clear to me that although the reaction producing magnesium hydroxide does take place ( if you test it with litmus paper, it will turn blue showing the alkalinity), the reaction is unremarkable as MgO is barely soluble in water. There is a strong attraction between the doubly charged magnesium and oxygen ( unlike the singly charged sodium and chloride). A lot more energy is needed to pull apart the ions in MgO, making them much less soluble in water than NaCl. Calcium has one more energy level than magnesium, making it more reactive in general, so its oxide will naturally be more reactive as well. Another proof that magnesium oxide does produce a base, is that is used for medicinal purposes to neutralize acid in heartburn medication and is also used to treat paper against acid.

Not the answer you're looking for? Browse other questions tagged inorganic-chemistry ionic-compounds alkaline-earth-metals or ask your own question.

2
Why are entries missing on a solubility data chart for ionic compounds?