Regioselectivity in electrophilic aromatic substitution of benzofuran and indole

In electrophilic substitution of aromatic systems sigma complexes are typically formed as reaction intermediates. Let's look at the sigma complexes formed in the reaction of benzofuran and indole with an electrophile ($\ce{NO2+}$) at the 2 and 3 positions and compare their stability. 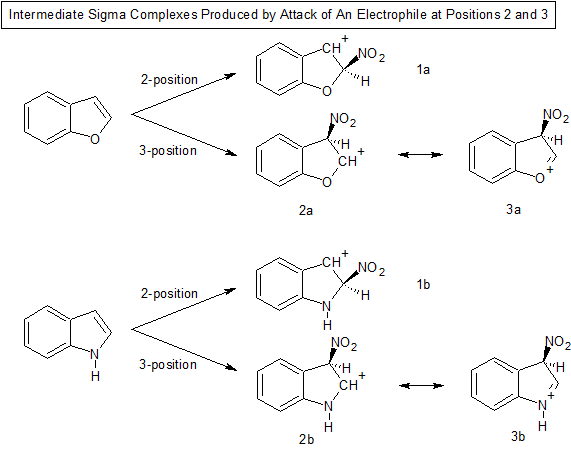 With both benzofuran and indole attack at the 2 position produces a sigma complex where the positive charge is nicely stabilized by the benzene ring (1a and 1b) . The stabilization is analogous to that found in a benzyl carbocation.

The overall result would then be to produce more of the 3 isomer in the case of indole as compared to benzofuran.