Is the change of the Gibbs free energy always zero (at constant pressure)?

At constant pressure, which is the usual condition for chemical reactions, heat absorbed/released by the system is the same thing as enthalpy change. According to the Gibbs equation, $$\mathrm dG = \mathrm dH-T\mathrm dS = \mathrm dH-\mathrm dQ$$ But, $\mathrm dH=\mathrm dQ$ at constant a pressure. So is Gibbs energy change zero for any reaction?

Another problem I face is the explanation in my book. It takes many cases, for endothermic, exothermic etc. One of the cases is: Exothermic process: $\mathrm dH$ negative, $\mathrm dS$ positive, spontaneous,

But, for exothermic, isn’t $\mathrm dQ$ always negative? So how can $\mathrm dS$ be positive?

I have issues with the other answer, which seems to mix finite quantities with infinitesimal quantities, and does not even address the main crux of the issue which is the reversibility of the process. Instead, it only tries to explain the physical significance of the terms $\Delta H$ and $-T\Delta S$ in a vague way, so I am not even really sure how it answers your main question. Even if this does not help you directly, it may be of use to others who read this question in the future.

The issue with the second equality is that it assumes that the process is reversible. Without going into too much detail (it can be found easily elsewhere), entropy is defined by the following equation:

This result is the Second Law of Thermodynamics. Therefore, for an irreversible process, $T\mathrm{d}S > đq$.

You are right in saying that at constant pressure, $\mathrm{d}H = đq$. Putting it all together, we have:

Therefore, the direct answer to the question is: $\mathrm{d}G$ is, in general, not equal to $0$ because $T\mathrm{d}S \neq đq$.

This can only mean one thing: the system is in equilibrium. Indeed, the condition for equilibrium at constant $p$ and $T$ is $\mathrm{d}G = 0$. And at this point, it should not come as a surprise that a reversible process is, by definition, one that is at equilibrium throughout. 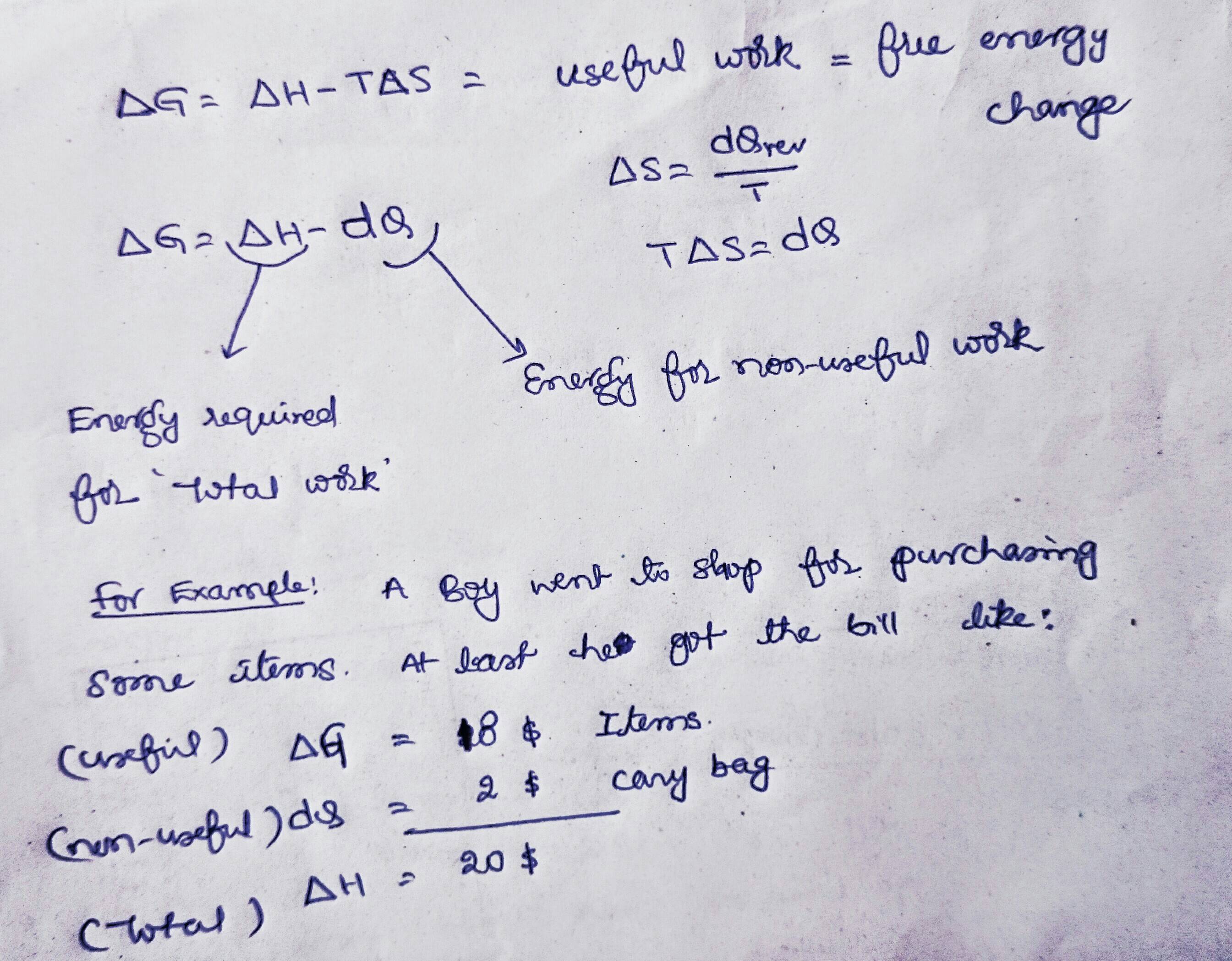 And, all exothermic reactions are not spontaneous. Spontaneity of any system is not individually esplained by enthalpy or entropy. It is only by ΔG (-ve for spontaneous and +ve for non-spontaneous). For expressing ΔG value, enthalpy and entropy with respect to Temperature could be considered. Thank u.

Not the answer you're looking for? Browse other questions tagged thermodynamics energy or ask your own question.