Why is sodium chloride edible whereas both sodium and chlorine are highly reactive?

Also, is there any difference in eating sodium chloride in powder form and after dissolving in water? It gets ionized, correct? 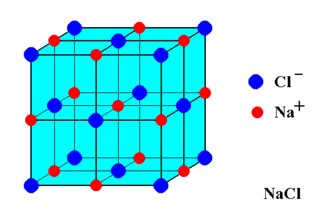 is there any difference in eating sodium chloride in powder form and after dissolving in water?

Not really. Sodium chloride dissolved in water consists of hydrated $\ce{Na+}$ and $\ce{Cl-}$ ions. If you eat solid sodium chloride then it rapidly dissolves in the water in your body, so the effect is the same. Interestingly though, solid salt tastes quite nice, but salty water tends to taste horrible.

Not the answer you're looking for? Browse other questions tagged everyday-chemistry oxidation-state or ask your own question.

3
Does pyrite retain the magnetic properties of its element iron?

15
What is the effect on humans of using dry ice and liquid nitrogen as food additives?
2
Which element is being reduced in this reaction?
15
Are modern newspaper inks a health risk?
0
When recovering Copper from Copper Chloride via Aluminum, why can't we use Sodium instead to make Sodium Chloride?
5
Why are plastics lipophilic?
5
Is dissolving salt a chemical reaction or a physical change?
1
Function of 'organic' vs regular pipe cleaner
0
How does lead toxicity from jewelry happen vs. occupational exposure?