Identification of types of alcohols

An unknown compound was found to react with sodium hydride with the evolution of hydrogen. The compound could not be acetylated under the normal conditions for acetylation. The compound resisted oxidation under mild conditions, and under vigorous conditions yielded only products of molecular weight much smaller than the unknown. On the basis of these facts the compound is:

From the first statement, it is clear that this compound must be an alcohol (since alcohols react with sodium hydride and produce hydrogen gas in this reaction). I could guess that the answer was a tertiary alcohol as secondary and primary alcohols would easily oxidize, but I'm not sure what the products of the oxidized tertiary alcohol would be?

Also, why wouldn't a tertiary alcohol undergo acetylation? I don't see any reason why it shouldn't?

Reaction of tertiary alcohol with NaH

As all types of alcohol can easily reacts with NaH to produce hydrogen gas and sodium salt of alkoxide ion or alcohol. This shows alcohols have acidic hydrogen. It is type substitution reaction. The general reaction is as follows : 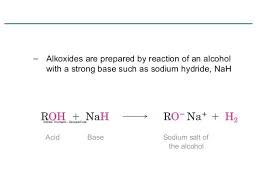 No acetylation of tertiary alcohol occurs under normal conditions

This is reason that tertiary alcohols are least reactive for acetylation. You can more understand by the following mechanism : 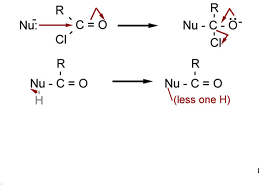 Tertiary alcohols Undergo oxidation with oxidizing agents such as chromium tri oxide, potassium permanganate, potassium di chromate or nitric acid in neutral, acidic or alkaline medium to give the products. The oxidation may be partial or complete. Tertiary alcohols does not get oxidized by mild oxidizing agents either in aqueous, alkaline or under neutral conditions. They undergo oxidation under acidic condition.In this process of oxidation tertiary alcohols first undergo dehydration to form alkenes. The alkene thus formed then undergoes further oxidation and forms a ketone with one carbon atom less than the alkene. On further oxidation the ketone forms carboxylic acid with one more carbon atom less than the ketone. Thus the oxidation of tertiary alcohol gives a product with less number of carbon atoms than that of the original alcohol taken.

4
Converting an Alcohol to Alkyl Chloride (Ibuprofen)
1
Lucas test for alcohols
8
Comparison of rate of dehydration of primary, secondary & tertiary alcohols on cyclohexane
6
Why doesn't a halide anion react with primary or secondary alcohols using SN2?
8
False positive in lucas test for primary alcohol due to formation of tertiary carbocation by rearrangement?