What is the correctly diagrammed electron probability distribution for p orbital?

This is what my book shows (the darker the more probable): 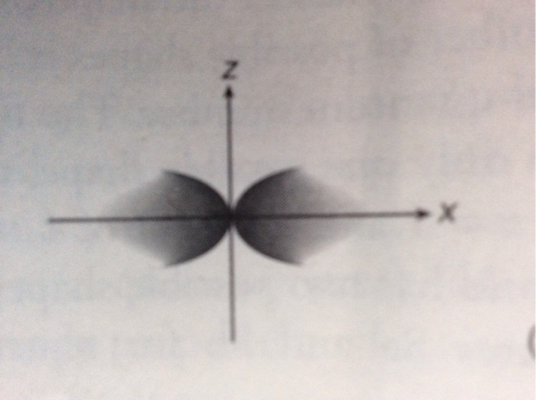 The obvious places where the electron probability is zero is the midsection of the dumbbell.

My question is how the probability distributed inside the dumbbell.

So if you square this function you will get the probabily distribution which looks like this:

As you can see, this corresponds with the p orbital drawn in your book, as there is a node in the middle, on either side is high probability density and at minus and positive infinity probability density is actually very, very small despite being shown as 0 on the wavefunction. The reason for this is that you need to remember that the orbital shows where an electron will be 90% of the time, not where it will be at all times. This means that the electron can be found outside the orbital.

31
What are angular and radial nodes?