Do more double bonds cause a bigger number of stereoisomers in cycloalkenes?

If trans double bonds cause cycloalkenes to be chiral, does a second trans or maybe cis double bond induce another chiral plane and hence four stereoisomers are possible for the given cyclodiene?

The question is based upon these previous questions: Are all higher cycloalkenes chiral? Why is trans-cyclooctene chiral?

If trans double bonds cause cycloalkenes to be chiral

So in large trans-cycloalkenes the double bond is not twisted and cannot produce chirality.

Remember too, that even if the trans double bond is twisted and a chiral conformation results, the molecule may still be optically inactive if the chiral conformation rapidly interconverts with its enantiomeric conformation. This latter point was discussed in one of your earlier questions where it was pointed out that

At room temperature, trans-cyclooctene is the only trans-cycloalkene where the two enantiomeric conformations are stable enough (e.g. the barrier to reach the planar conformation is high enough) to be isolated. If we lower the temperature to 0°C, then we can isolate the enatiomers of trans-cyclononene. 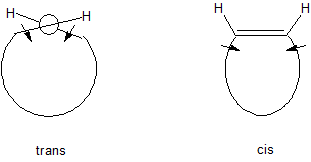 and hence four stereoisomer are possible for the given cyclodiene?

Not always. Just as in more common compounds with 2 chiral centers, meso stereoisomers are possible. As an example, if the known E,E-cycloocta-1,5-diene adopted a conformation as pictured below, then it has a plane of symmetry and would be an achiral meso compound where one trans double bond has the R configuration and the other double bond the S configuration. 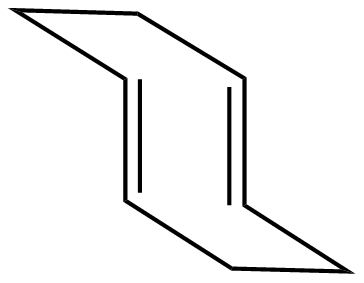