I just learned that charged alpha helices are less thermally stable than uncharged ones. The only difference I see between them would be a larger dipole moment in the charged helix, but how would this contribute to stability?

Here a picture for clarification: 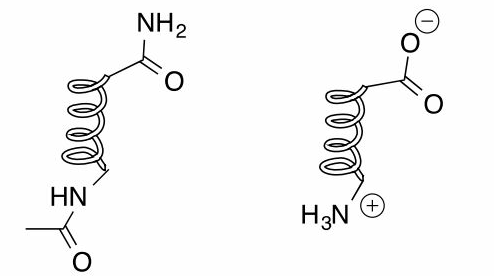 This might relate to the concept of 'capping' alpha-helices, where the placement of beneficial charges at either end of a helix is shown to increase the overall stability of the protein. See the article1 published in Nature.

In general, by introducing preferential charges at the ends of alpha-helices you stabilize the inherent dipole moment created by the alignment of amide groups in the protein backbone. 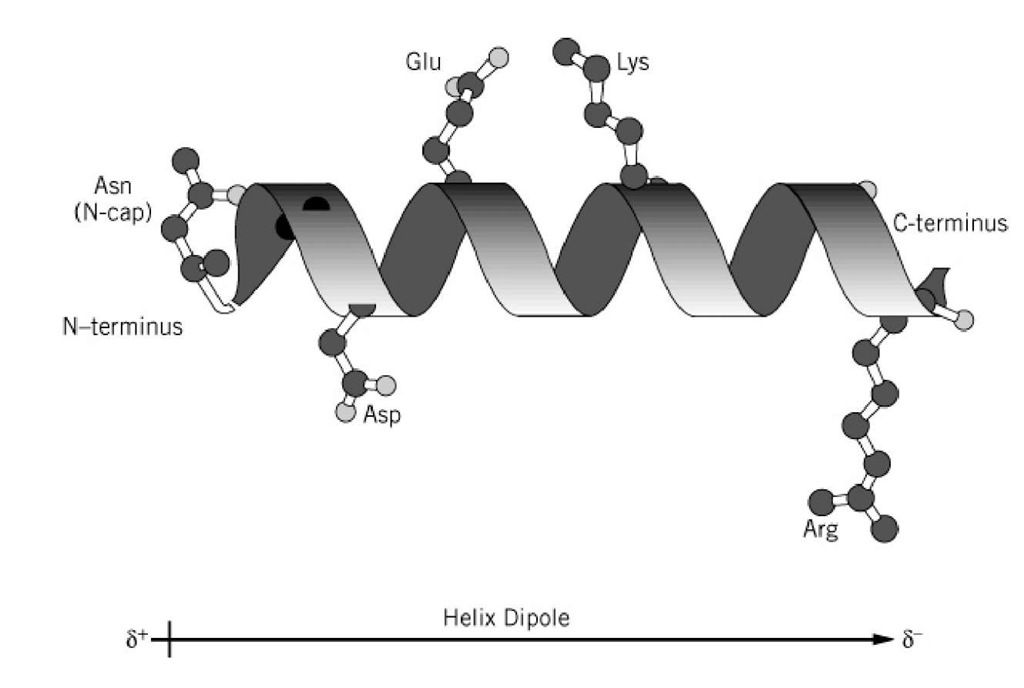 In 1988, Richardson and Richardson observed that certain amino acid residues are stastically favored as the amino-terminal caps for the alpha helices in 45 globular proteins. The introduction of a negatively charged side chain at the N-cap, which can neutralize the partial dipole created by the unpaired amide protons, has been shown to increase stability in T4 lysozyme.

I also believe the figure in the question is a bit misleading - as the illustrated charges may be intended on side-chain groups. I therefore assume that this helix is a part of a protein, and that the illustration simply wants to highlight the fact that you place charged side-chain groups on the ends of the helix (i.e. capping) within a protein structure.

Not the answer you're looking for? Browse other questions tagged biochemistry chemical-biology proteins amino-acids structural-biology or ask your own question.

11
How can enzyme/substrate reactions that adhere (largely) to quantum theory also require 'Newtonian' consideration of gravity?
27
Confusion about direction of dipole arrow in alpha-helices and other molecules
8
Diffusion and potential gradients for two similar atoms
5
How do amino acids look like at the isoelectric point?
2
How do I obtain a 3D MOLFILE for the lactose synthase structure, especially the catalytic center?
4
Do the phosphoester and glycosidic bonds of dNTPs increase thermal stability?