I've recently moved to a old house and found some stuff in the attic, along that I found some really beautiful silverware(??) that unfortunately was VERY tarnished, one of the pieces was totally black while some had small places where I could see, in the back of one of them there's a label stating Silver 90.

I googled and found that using a solution of hot water, baking soda, salt, vinegar and strips of aluminium foil would help clean them. I submerged them and after some time I took them out and started to scrub them and the gross black stuff was going out, showing some silver and some yellowish. I them took a sponge and kind got carried away.

The pieces now all have this yellowish stains.

The one that was completely black had no silver-color in any part of it after cleaning, except the bottom, while the rest is all yellow now.

Here's one of the pieces 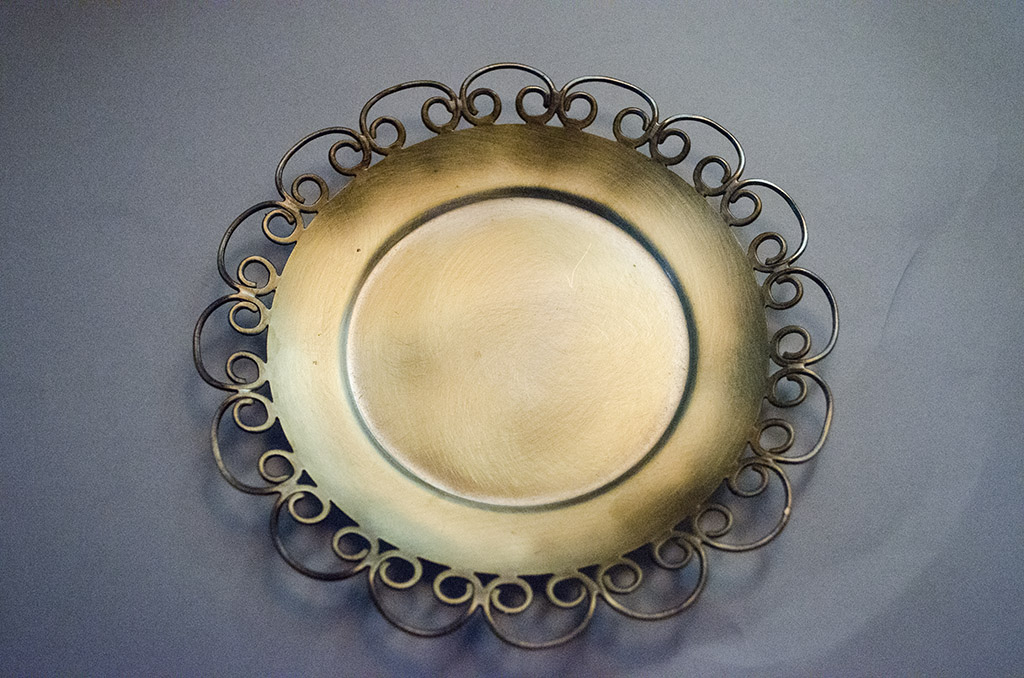 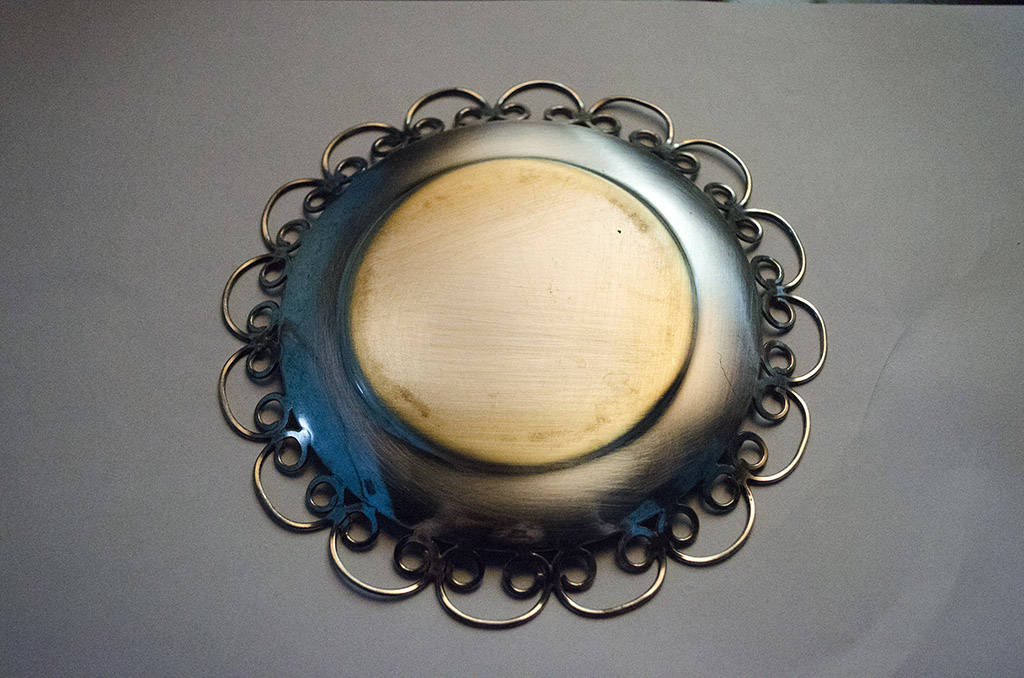 (the back is a white paper, white-balance is crazy with this piece)

My question is: Is this yellow stain any kind of dirt that wasn't removed in the process, or is this the underlayer of the piece(meaning that the silver is gone in those parts)? And above all, is the method used the best way to remove dirt from silver?

Did find a source and the nature of reaction apparently involves some standard chemistry, surface chemistry, some radical activity and electrochemistry resulting, upon warming, in the demonstration of some yellow elemental sulfur!

Here is a description of the reaction pathways, starting in alkaline conditions, surface chemistry on the Aluminum metal (which can even very slowly be attacked by water liberating hydrogen):

Of consequence, NaHCO3 is amphoteric and a source of H+ ions. Also, in the presence of solvated electrons, the creation of the hydrogen atom radical (per the source) along with hydrogen gas:

Also, per a galvanic cell between the Aluminum and the Silver metal, the half-cell reaction at the anode being given by:

At the cathode, the proposed half-cell reaction explaining the removal of Silver sulfide:

And, for the observed yellow color, the cited reaction:

which is apparently confirmed by the cited source to quote:

"However, after the cleaning of heavily tarnished samples (immersed for 30 and 60 min) some small quantities of sulfur (~0.3wt.%) are detected on the surface by EDS analysis, and the colour is changed to light yellowish."

In total, this is constitutes an albeit complex and advanced explanation for the cleaning of silver from sulfide stains with Baking Soda and Aluminum. Note, also this supporting source states to quote:

"The nascent hydrogen may also act as a reducing agent as it evolves from the metal surface. "

Unfortunately, the above mix of advanced chemistry is not generally suitable for all audiences acquainted with the removal of Ag2S by the Al/NaHCO3 protocol.

I suggest to do the following: Line the bottom of a pan with aluminum foil. Put the silver piece on top of the aluminum foil. The silver piece and aluminum foil must be in contact with each other. To about 2L of hot boiling water add about a half cup of baking soda (Be careful!). Then add the mixture to the pan. Make sure to cover the whole silver piece. The tarnish will disappear within several minutes. The chemistry underlying this treatment is the following: The silver tarnish is the chemical product of the reaction of silver with sulfur-containing substances in the air, $\ce{Ag2S}$. Silver sulfide is black. In this process, we convert silver sulfide to silver according to the following reaction: $$\ce{3Ag2S + 2Al->Al2S3 +6Ag}$$ In fact, aluminum has a greater affinity to sulfur than silver. The reaction between silver sulfide and aluminum takes place when the two are in contact while they are immersed in a baking soda solution. And it becomes faster when the solution is hot.The silver piece should touch the aluminum because a small electric current flows between them during the reaction. The formed aluminum sulfide may adhere to the aluminum foil, or it may form tiny, pale yellow flakes in the solution.

The advantage of this method of cleansing is that we do not remove the tarnish with some silver. We simply transfer silver sulfide to silver.

Not the answer you're looking for? Browse other questions tagged cleaning silver or ask your own question.

15
What happens during cleaning silverware?
9
What is the chemistry behind cleaning silverware with aluminium foil
3
Clean silver with aluminum foil and *
4
Abundance of sulfur containing compounds in the air
3
Cleaning with Vinegar - what surfaces does it react badly with? Metal window sills ok?
2
Chemical composition of silver tarnish