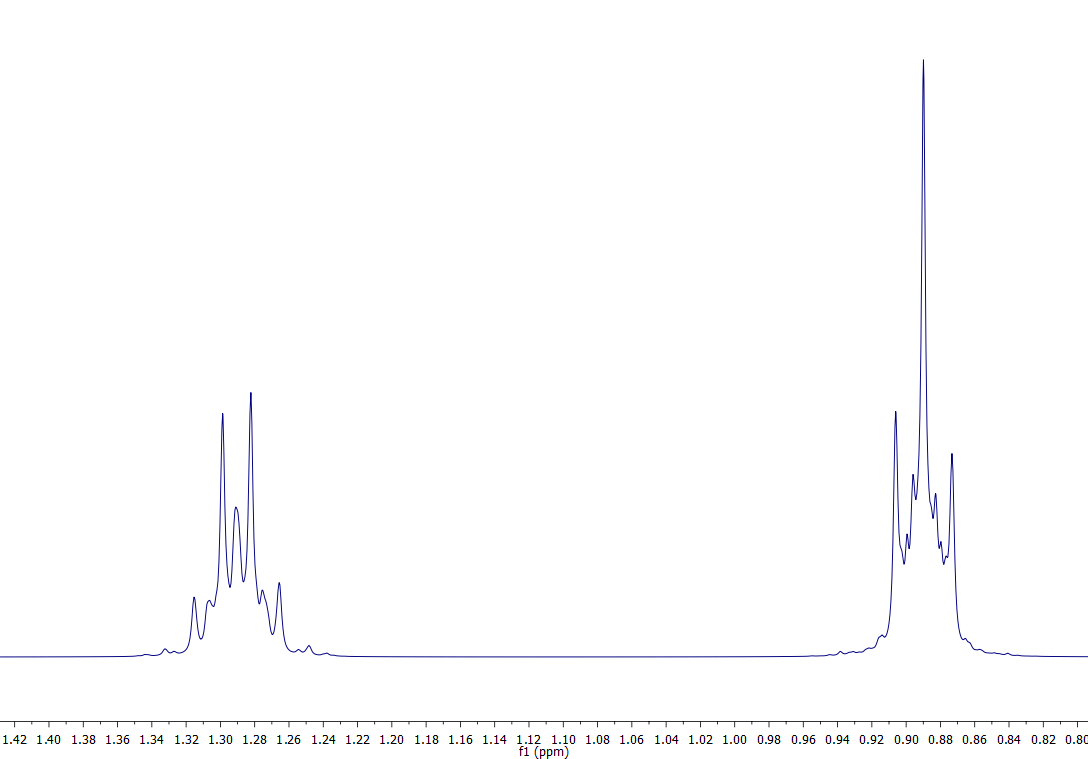 35
Splitting of multiplets in ¹H NMR spectra?
11
Why are all the phenyl protons in benzyl alcohol equivalent in the ¹H-NMR spectrum?
10
HNMR - Peak Splitting
5
What splitting pattern is this?
3
Spin spin coupling in a proton NMR of an ester?
13
Why do hydroxyl groups only produce a singlet in proton NMR?
0
Interpretation of an H NMR
5
What is the proton NMR spectrum of p-methoxyphenol?
5
NMR of a bridging Methyl complex
7
Product operator analysis for CHn groups in HSQC and HMQC