Molecular formula of a hydrocarbon

A is a non cyclic hydrocarbon chain with $\ce{C_{3x-1}H_{6x}}$ as a molecular formula which is mainly used in cars as fuel, its cracking leads to hydrocarbon (B) which belongs to the same family of hydrocarbon A, also two molecules of ethene form the second product in the above reaction.

and therefore A is an alkane, with the molecular formula satisfying the form $\ce{C_{n}H_{2n+2}}$.

You're right in thinking that it's an alkane. Now I think I shouldn't blame you for getting confused by

So, let me rephrase your question into something actually meaningful:

Now we're talking. The best known gasoline would be one that consists of 100% isooctane, and that's why we have octane rating. It's not a real fuel, just the material in an imaginarily ideal mixture that would burn "real smooth". That's why your question is problematic and scientifically incorrectly asked.

Back to the question, 2,2,4-Trimethylpentane must have been the compound the querent had in mind. Now we have the answer for A. 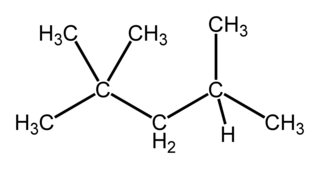 But what would the products of the cracking be?

According to the Wikipedia article on cracking the cracking process in entropy-driven and the radicals formed in certain conditions usually move the reaction forward. But the final products (and even which radicals form) highly depend on the methods of cracking (thermal, steam etc.) and/or the catalysts. There are numerous catalysts which demonstrate the diversity in the mechanism of cracking.

For example, take a look at this paper (It's just an abstract, but it gives you an idea)

$\ldots$ The main reaction route on FAU is hydride transfer followed by β-scission leading to mainly C4 species, while on MFI protolytic scission is responsible for the formation of high amounts of C1−C3 species. $\ldots$

So, we're left with speculations. This isn't a real question. The only answer the examiners want is B's most probably butane, as it must be an alkane.

As this also demonstrates, a very simplistic view is that an octane can break into two ethene molecules and one butane molecule. So, the reaction they must have had in mind is $$\ce{C8H18 -> C4H10 + 2C2H4}$$ Pfft.

This isn't a good or correct question to ask at all; at the very least, it's very poorly worded. The answers are supposedly isooctane for A and butane for B, but the OP's confusion was innocent.

You have done the first step in the solution.

I know that is not a good reasoning but I am sure that it is the true answer.