Why do we not see silicon in a structure like graphite?

Silicon exists in a structure similar to diamond, with 4 silicon atoms bonded to each other in a tetrahedron. Why do we not see it exist in a structure like graphite?

Is it even possible to get silicon to exist like this? If so could we make graphene but with silicon atoms? Not sure why you would, since I understand carbon graphene will still be cheaper. But I would just like to know.

It's possible, and it's already been done! The compound is called Silicene. 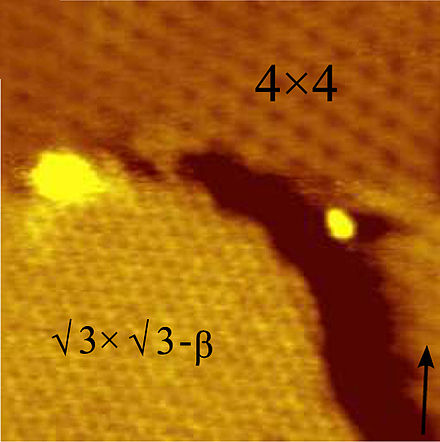 I don't know the reasons for the puckered shape, but I recall being quite surprised that silicene could be synthesized at all. The reason why is that I was taught in high school that silicon very rarely forms double bonds due to its large size. For a visualization, please refer to the absolutely awful image below (if anyone could provide an actual graphic I'd be grateful). 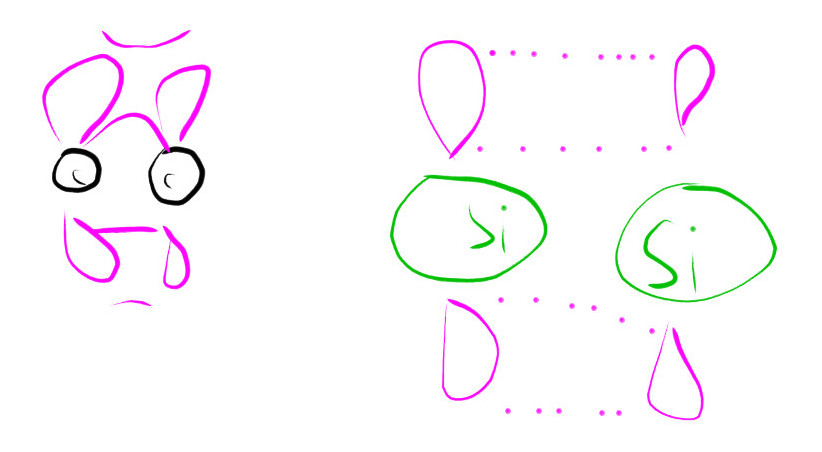 The black atoms on the left are carbon. The $p$ orbitals overlap to a significant degree, which means that pi-bonds can easily form. The green atoms to the right are silicon. You can see that, because of the larger atomic radius, the p-orbitals don't overlap as much, meaning that double bonds are generally not favorable in silicon. This explains why compounds like silenes are relatively unstable.

Pi systems are crucial to the chemistry of carbon--they allow carbon to form multiple bonds, flat rings (like in graphene), and generally be stable in a lot of configurations. The lack of pi-bonding in silicon is sometimes given as a rationalization for why silicon-based lifeforms can't exist, and explains why it's so hard to get silicon into the flat sheets that form silicene.

6
Classical reason for good heat conductance in diamond?
2
Does single-layered Aluminium Phosphide exist?
21
What is the edge of a diamond like?
5
Are there any early industrial age methods capable of determining diamond or graphite's crystalline structure?
14
Why is the buckminsterfullerene the purest form of carbon?
0
Why shape of diamond is like diamond?
7
Why is graphite brittle?
1
Why doesn't diamond conduct electricity but silicon does?