Does the delocalization of p-orbitals ensure conductivity?

For example, polyacetylene is a conjugated system, i.e. with de-localized p-orbitals, but accroding to Chiang et. al. (1977) polyacetylene is semiconducting, and becomes conductive only when doped with Cl/Br/I/AsF5. 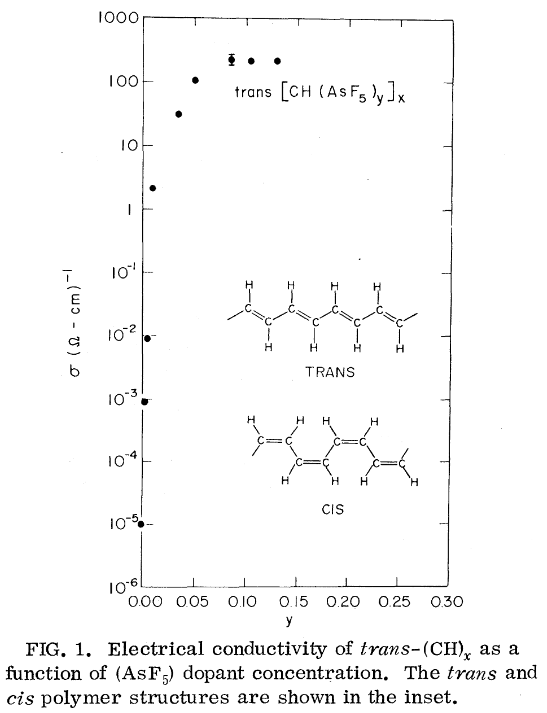 One reason they mention in the paper is:

In the idealized situation of a uniform chain, the resulting conduction band would give rise to metallic behavior. However, such a system is unstable with respect to bond alternation, which causes the formation of an energy gap in the electronic spectrum.

But if this is true then (1) how the halogens improve the situation, and (2) why isn't there a similar phenomenon in all conjugated systems?

Delocalized $\pi$ orbitals do allow for mobile charges. The catch there is "allow." Just because these systems can have mobile charges does not make them conductive.

Conductivity can be defined as: $\sigma = n e \mu$ where $e$ is the charge on an electron, $\mu$ is the charge mobility, and $n$ is the number of charges.

In the case of $doped$ conjugated polymers like you indicate above, the halogen vapors or other dopants usually oxidize the polymer and create more charges (i.e., $n$) and the conductivity increases. This does happen with pretty much every conjugated system I've seen: oxidize or reduce the neutral system and you'll have more charge carriers = greater conductivity. (NB: most conjugated organics are easier to oxidize than reduce, so you get + charges (holes) as the charge carrier, rather than electrons.)

That's the quick explanation as to why adding halogens increases the conductivity -- you get more charge carriers.

Incidentally, there are other ways to increase the charge carriers. Chemical or electrochemical doping usually makes a conductive system, but you can also use electrical bias (e.g., a field-effect transistor) or light (i.e., a photovoltaic) which will also increase carrier concentrations.

As to why trans-polyacetylene isn't a metal in the first place?

If we use a simple particle-in-a-box model, the difference in energy levels goes to zero as the box becomes very large. This would suggest trans-polyacetylene should be a metal (i.e., no band gap).

Consider also the Hückel model for polyacetylene. We can build up the nearly-infinite system by solving for ethylene, butadiene, etc. 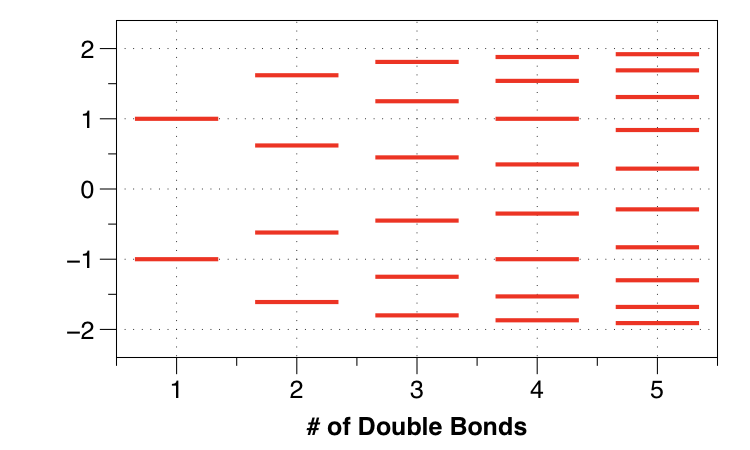 Notice that the energy gap between levels becomes smaller and smaller. We can plot the HOMO-LUMO gap as a function of chain length: 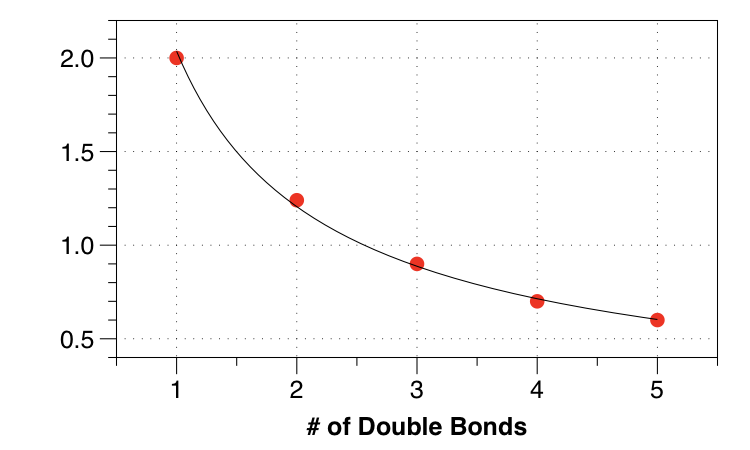 The gap becomes smaller and smaller!

Wikipedia even gives the general formulas:

So both particle in a box and Hückel predict no band gap when $n$ gets very large. Theory predicts a metal!

Why doesn't the real polyacetylene behave as a metal. For any one-dimensional system, there will be a Peierls distortion which lowers the total energy by distorting the geometry (long-short bond alternation) and increasing the band gap.1 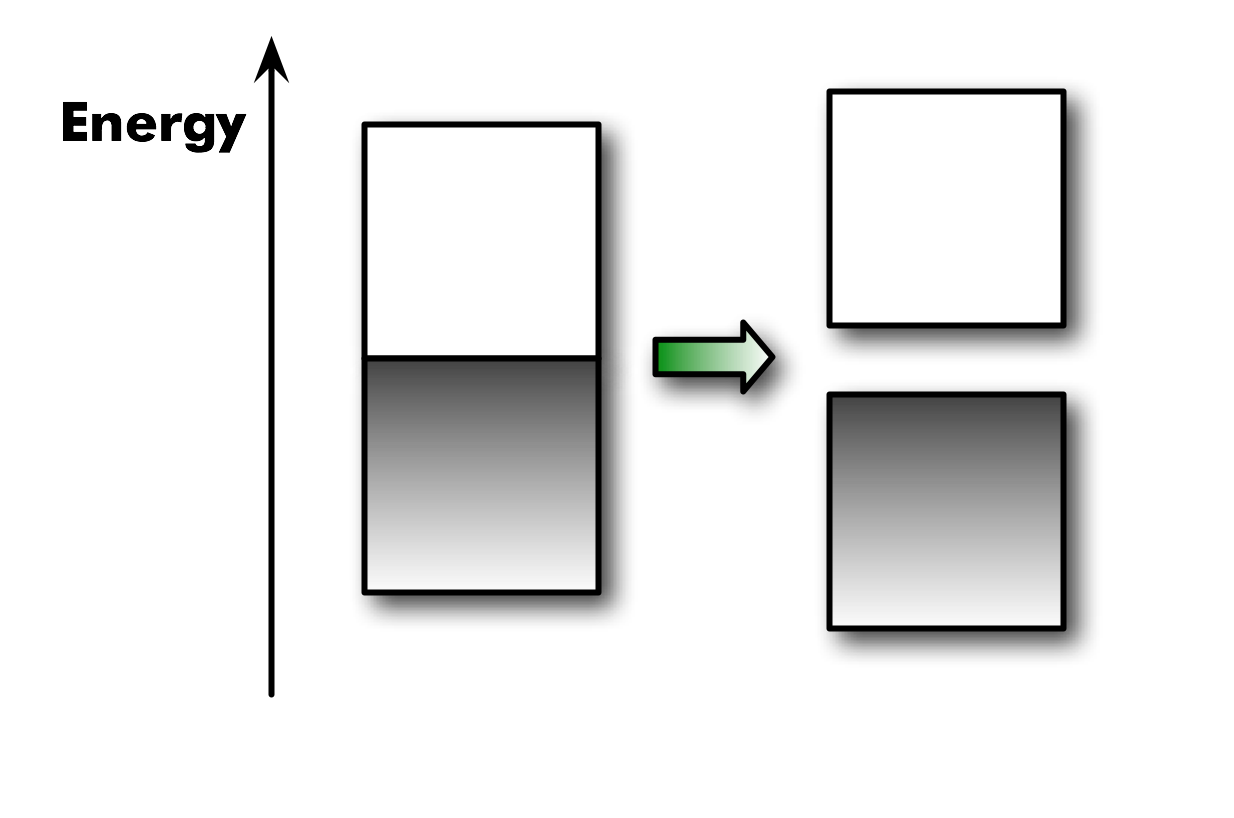 1 The long-short bond alternation is the Peierls distortion. It means some electrons are localized (shorter double bonds) and thus lower in energy. This creates a band gap (i.e., lower E for valence band).

2 The film isn't a 1D material, but the trans-polyacetylene chains are each 1D.

Not the answer you're looking for? Browse other questions tagged computational-chemistry orbitals polymers conductivity or ask your own question.

13
What is the purpose of calculating other orbitals than HOMO and LUMO?
3
Why does Ga improve conductivity of Ge?
7
Why rotate orbitals in a CASSCF calculation?
9
The CASSCF orbitals