How many isomers are there for thioesters with the formula $\ce{C4H8OS}$?

Answer given is four.

I can see that the following two are possible constitutional isomers: 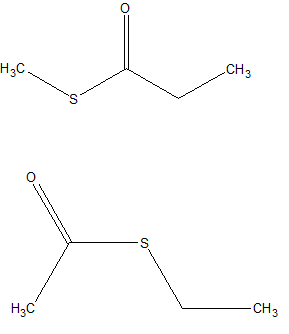 But what are the other two?

One way to break things down in by the number of carbon atoms on either "side" of the thioester.

There are 4 carbon atoms to work with, of which one will be taken up by the thioester moiety. Thus there are three left to work with.

You have drawn the only structures for the first two possibilities.

For the last possibility, there are two possible ways to attach a three-carbon alkyl chain to the thioester sulfur:

Thus, the four possible thioesters are: 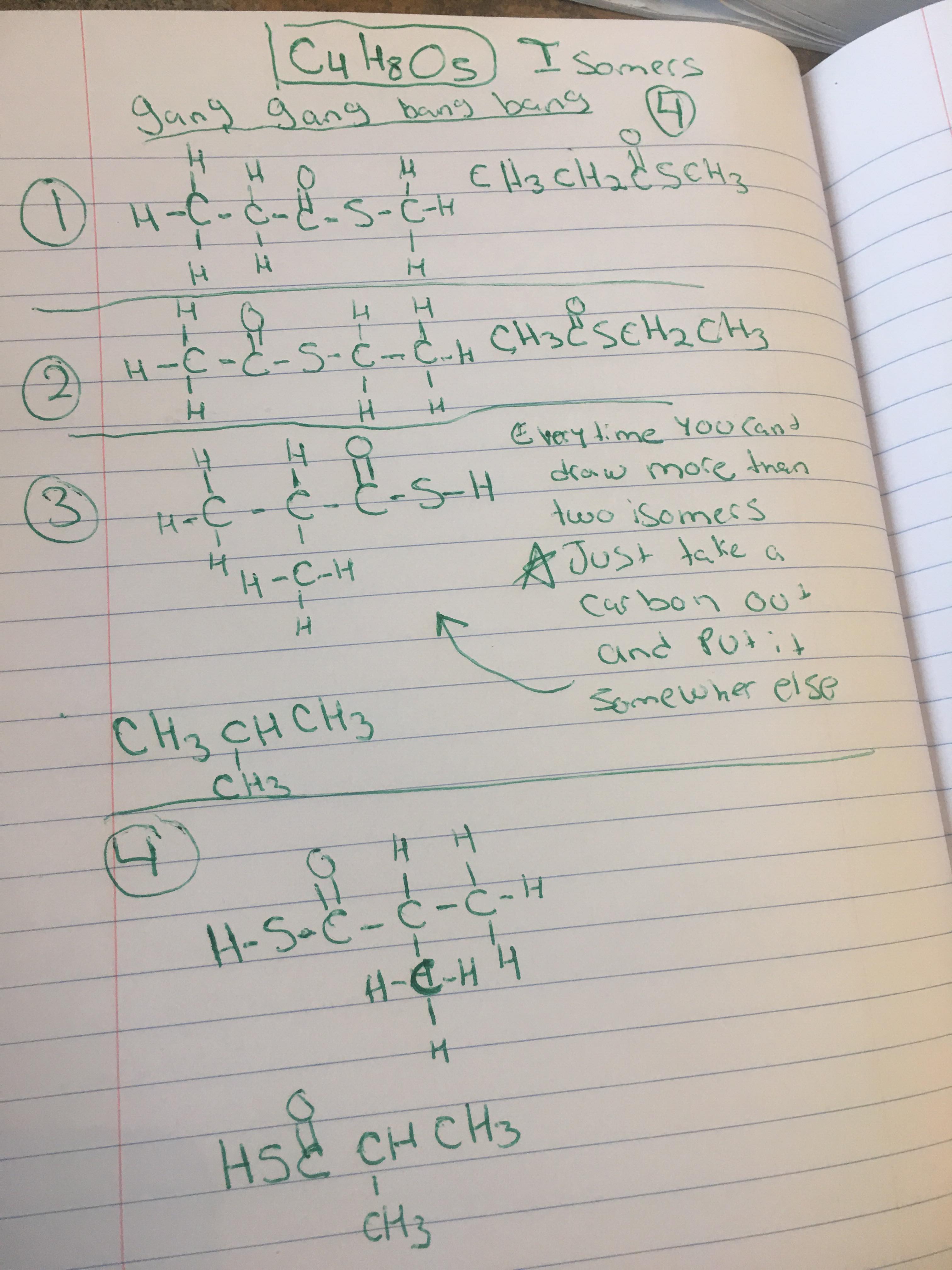