Can d-orbitals participate in bonding?

It is appropriate to remark that the trick of rationalizing apparent violations of the octet rule by invoking the participation of d-orbitals in the bonding scheme is a matter of some controversy. Some scientists feel that the d-orbitals lie so high in energy that they should not be treated as valence orbitals, but as excited orbitals which cannot confer any appreciable stability to chemical bonds. Others feel that while d-orbitals are of high energy in free atoms, their energy decreases as other atoms approach to make bonds.

This author has not been convinced of the absolute validity of either side of this argument, and interprets the controversy merely as more evidence that the description of chemical bonds in terms of a few atomic orbitals is a highly approximate procedure. The most convincing reason for invoking d-orbitals in chemical bonding is that it is a simple idea which works, if it is used carefully and not over-interpreted.

Since this book is quite an old edition, I wanted to know whether there are any newer developments in this direction. Which of the two views is generally acceptable?

Yes it works, according to result they have with organometallic chemistry. You may not know $e_g$ and $t_{2g}$ orbitals. Have a look at this diagram of orbitals :

Its diagram for an octaedric complex, where M is the metal. Positions of $e_g$ and $t_{2g}$ depends of what L is. 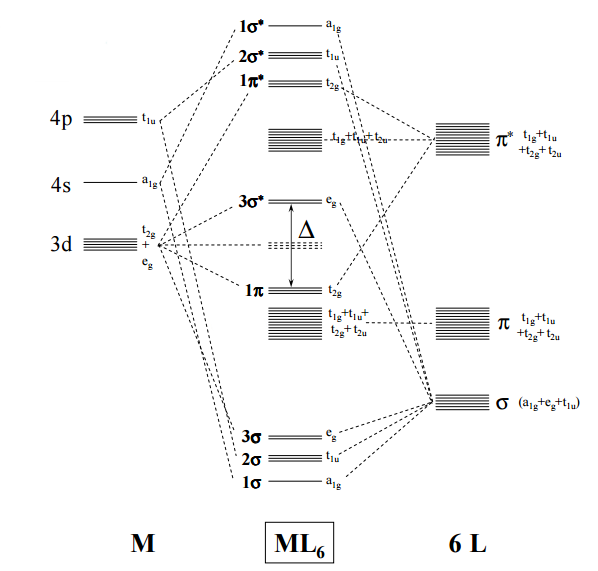 176
Can an atom have more than 8 valence electrons? If not, why is 8 the limit?
34
What would follow in the series sigma, pi and delta bonds?
11
Does sulfur and phosphorus expand their octet?
8
How can compounds like XeO4 form tetrahedral structures despite having double bonds?