Effect of enatiomers in pharmaceuticals [closed]

Are there any other examples where the other enantiomer of a drug that is used today or in history causes some adverse side effect, but has obviously been separated from the product to leave the effective drug, in addition what is(are) that side effect(s)?

Does absolute configuration at chiral/stereogenic centres affect the effectiveness of a drug molecule or perhaps cause unwanted side effects?

In pharmaceutical industries, $56\%$ of the drugs currently in use are chiral molecules and $88\%$ of the last ones are marketed as racemates (or racemic mixtures), consisting of an equimolar mixture of two enantiomers.

Sometimes, the difference in pharmacological activity between stereoisomers is dramatic. The dextrorotatory isomers in the morphine series are cough suppressants with less risk of substance abuse, whereas the levorotatory isomers contain the analgesic activity and significant risk of substance abuse. Although the direction of optical rotation is opposite to that of the morphine series, dextropropoxyphene contains the analgesic activity, and the levo-isomer contains antitussive activity.

Some were originally approved as racemic mixtures, and later a specific isomer was marketed with claims of having fewer adverse reactions in patients. 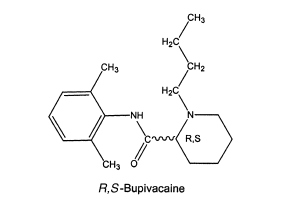 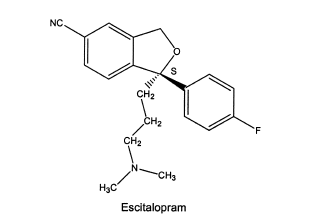 The reintroduced S-enantionmer of citalopram with less pronounced side effects

The second part is a bit tricky, but there are different possibilities.

Although the enantiomers of chiral drugs have the same chemical connectivity of atoms, they exhibit marked differences in their pharmacology, toxicology, pharmacokinetics, metabolism etc. Therefore, when chiral drugs are synthesized, as much effort goes towards the rigorous separation of the two enantiomers. This ensures that only the biologically active enantiomer is present in the final drug preparation. 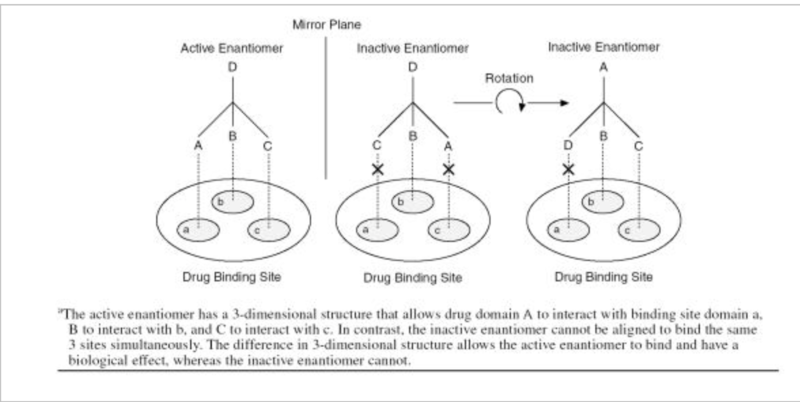 Here is another example of epinephrine: 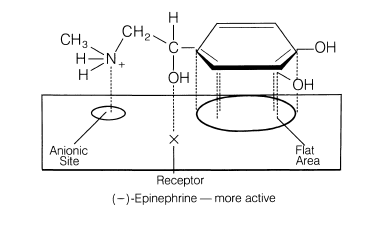 A postulated fit to epinephrine’s receptor can explain why (-)-epinephrine exhibits 12 to 15 times more vasoconstrictor activity than (+)-epinephrine.

This is the classical three-point attachment model. For epinephrine, the benzene ring, benzylic hydroxyl, and protonated amine must have the stereochemistry seen with the (-) isomer to match up with the hydrophobic or aromatic region, anionic site, and a hydrogen-bonding center on the receptor. The (+) isomer (the mirror image) will not align properly on the receptor.

It is difficult to conclude that one isomer is superior to the other. For instance, S-verapamil is a more active pharmacological stereoisomer than R-verapamil, but the former is more rapidly metabolized by the first-pass effect. First-pass refers to orally administered drugs that are extensively metabolized as they pass through the liver.

This illustrates that sometimes absolute configuration has little impact on pharmacological activity and sometimes makes little difference whether a racemic mixture or one isomer is administered.

The popular nonsteroidal anti-inflammatory drug (NSAID) ibuprofen is sold as the racemic mixture. The S-enantiomer contains the anti-inflammatory activity by inhibiting cyclooxygenase. The R-isomer does have centrally acting analgesic activity, but it is converted to the S-form in vivo. 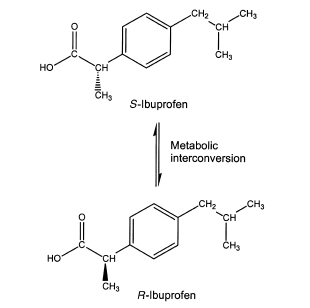 In some cases, the portion of a molecule containing the chiral center(s) may be in a region that does not play a role in the molecule's ability to interact with its target. In these instances, the individual enantiomers may display very similar or even equivalent pharmacology at their target site. Even in these cases, the enantiomers may differ in their metabolic profiles as well as their affinities for other receptors, transporters, or enzymes.

The body with its numerous homochiral compounds being chiral selective, will interact with each racemic drug differently and metabolize each enantiomer by a separate pathway to generate different pharmacological activity. Thus, one isomer may produce the desired therapeutic activities, while the other may be inactive or, in worst cases, produce undesired or toxic effects.

Although slightly off topic, it is important to note that in pharmacology area, activity of racemic drugs can be divided into three main groups:

Overall, it is critical to distinguish the single enantiomer from the racemic form because they may differ in their dosages, efficacies, side effect profiles, or even indicated use.

The decision to use a single enantiomer versus a mixture of enantiomers of a particular drug should be made on the basis of the data from clinical trials and clinical experience.

The two enantiomers of a chiral drug may differ significantly in their bioavailability, rate of metabolism, metabolites, excretion, potency and selectivity for receptors, transporters and/or enzymes, and toxicity. The use of single-enantiomer drugs can potentially lead to simpler and more selective pharmacologic profiles, improved therapeutic indices, simpler pharmacokinetics due to different rates of metabolism of the different enantiomers, and decreased drug interactions.

When designing a total synthesis of some pharmaceutical, it is much easier to do a racemic synthesis compared to a total synthesis for one enantionmer, although this is not always possible. In most cases the molecule must have the correct absolute configuration to work to the highest potential. An example of this is oseltamivir (Tamiflu), it has 3 chiral centers. There are 8 possible isomers of this molecule, yet only one is clinically significant. For most compounds, two enantiomers are of clinical significance and one of these is just the other with all the chiral centers inverted. There are various drugs that are sold as various enantiomers that include, Ibuprofen, Amphetamine, Omeprazole, Amlodipine, etc., there are various that are single enantiomers too, Levamlodipine, Escitalopram, Arformoterol, etc.

Not the answer you're looking for? Browse other questions tagged stereochemistry history-of-chemistry drugs medicinal-chemistry pharmacology or ask your own question.

0
Racemic mixture vs enantiomers in drugs

1
Does potassium aluminum sulfate have any effect on sexual performance/sperm counts or anything relating to the functionality of the sexual organs?
9
Why do many pharmaceuticals contain fluorine?
0
Why is the effect of competitive antagonist less than the effect of non-competetive antagonists?
1
how do electromeric / inductive effect theories compare with resonance
6
Effect of direct exposure to sunlight on various drugs